Drapac Professional Cycling has opened the account at the 2014 Zarraffas Oceania Road Championships, claiming silver and bronze in the Elite Men’s Time Trial.

Will Clarke (49:58.21) was in the hot seat as the fastest rider for the briefest of moments before eventual winner, New Zealand’s Joseph Cooper (49:43.82) relegated him into second place, with Lachie Norris’ earlier fastest time of 50:01.22, good enough to keep him on the podium.

Clarke was fourth-last man out of the start house with only Cooper, Ben Dyball and former Under-23 World Champion Luke Durbridge to follow in the 39km event just outside of Toowoomba in Queensland, Australia.

“Will was focused from the start and rode a really smooth TT,” explained Drapac’s Director of Performance, Keith Flory. “He didn’t have many people to chase so it was a real battle of concentration but he focused on the job a hand really well and he delivered.”

The 28-year-old Tasmanian, who earned a fifth place in the Australian National Championships last month was pleased overall with is ride on Friday, although still a “little disappointed” to finish in second place.

“It was probably one of the better TT’s that I’ve done – probably around 30 more watts than at the Nationals,” he said. “The humid conditions, coming from Tasmania, probably had a role to play out there today.”

Clarke overtook teammate and minute-man Jack Anderson out on course and believed he lost a little bit of concentration with the gap to the next riders.

“It’s just unfortunate that I don’t have any more TT’s coming up,” Clarke said with a wry grin, always eager to improve.

Norris, who was essentially riding his second long time trial after the National Championships, was just 17.4 seconds off the win and 3.1 behind Clarke. The Victorian was pleased to pick up a medal given the discipline is something he has only really focused on for a short time.

“It feels like all the work that I did before Nationals is starting to pay off now which is great,” Norris explained. “It’s a shame that it was so close with Will and I there in the finish, only 15 or so seconds behind, but to still get a podium is fantastic and hopefully we can get back on the top step on Sunday.

“Coming here today I knew what it was about, I knew what I had to do, I had my warm-up dialled – that made things a lot easier,” he continued. “Going out there today I felt a lot more comfortable on the bike and I think it’s all paid off.”

Flory was equally impressed by the ride from Norris.

“There was a few climbs in it but it wasn’t a climber’s time trial,” he explained. “He really pulled it out of the bag there and it’s an absolutely fantastic ride and it just shows the type of performance that he can deliver when things go right for him. It’s also really good signs for Sunday given the course that awaits.”

“It just shows the strength and depth that Drapac has and also how much all of the boys really want it,” he explained. “It’s a great result for the guys individually and for the team as well – you couldn’t ask for anything more.”

Drapac Professional Cycling will next be in action at the Oceanias on Sunday in the 142km Elite Men’s Road Race, which begins at 11:15am local time. 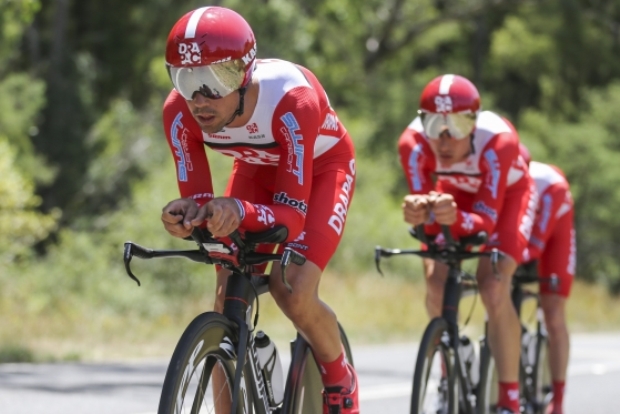 Team NetApp-Endura gets invite to the Tour of California