Drapac Professional Cycling’s Will Clarke has claimed his second prologue victory in as many starts on Thursday, blitzing the Tour de Kumano opener.

Clarke, who just last week also won the prologue at the Tour of Japan, set a time of 0:00:51.05 on the 700 metre course, winning by a margin of .15 of a second from Shih Hsin Hsiao (Team Gusto) and .34 from Drapac teammate, Wouter Wippert in third place.

Thursday’s effort marks Clarke’s seventh podium appearance this season having also won the opening stage of the Tour de Perth, finished as runner-up in the Oceania Individual Time Trial Championships and Stage 2 of the Tour d’Azerbaïdjan, and his third places at the Jayco Herald Sun Tour Prologue and the sixth stage of the Tour of Japan.

The victory gives Clarke a one-point lead in the Points Classification while Drapac Professional Cycling has a one-second advantage on the Team Classification.

“It’s great to get another result and we’re excited to see what we can do tomorrow for Wouter!” concluded Clarke.

Stage 1 is a 114.km circuit course that is expected to be decided by the sprinters however Drapac’s Director of Performance Keith Flory warned that it won’t be a fait accompli.

“Tomorrow’s stage is actually quite dangerous – it’s a stage for Wouter but there are very technical, dangerous sections at each end of the lap – there will be seven,” he explained. “So the boys need to be ready and stay alert throughout the race.” 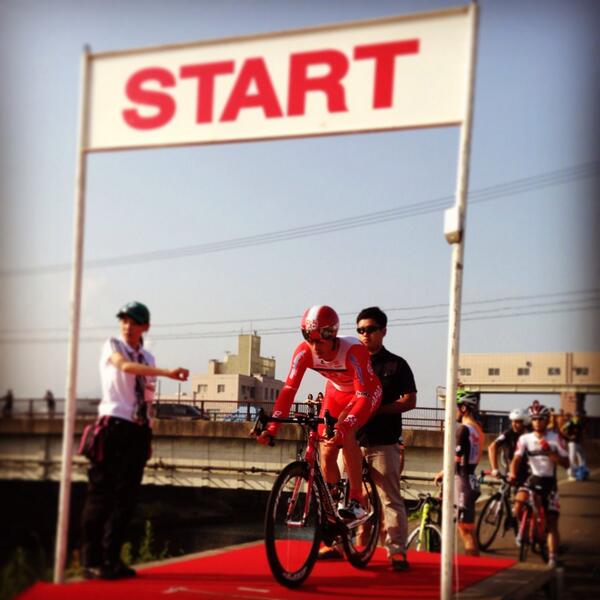 Will Clarke sets off from the start house. © Keith Flory