Australian rider, Fabio Calabria, coming in 53th, led Team Novo Nordisk in the final of a hot and epic third stage of Post Danmark Rundt – Tour of Denmark. At the end of the 200km, the riders had to survive an classic final, climbing four times a challenging ascent of 21% within the last kilometer of the lap. “This climb was a little bit too heavy for me, but it was a perfect preparation for the climbs during the USA Pro Challenge, which are not as steep as this one”, Calabria said after 4:49:34 hours riding. The stage win was taken once again by the Danish rider, Matti Breschel.

Starting in Sønderborg, heading north to Vejle, the third stage of Post Danmark Rundt – Tour of Denmark was not only the longest of this week– it could have been the hottest. With temperatures higher than 30°C today, the peloton had to ride out the Danish summer. After only a few kilometers and a very fast start, six riders took off for the breakaway – but today without company of Team Novo Nordisk. “Our first plan was to go in the breakaway again”, says Vassili Davidenko, Corporate Vice President Cycling Operation of Team Novo Nordisk. “But sometimes it’s better to save some energy. Tomorrow there will be another interesting stage.”

Høng – Asnæs Indelukke / Holbæk: Preview for the fourth and fifth stage:
With two stages falling on the same day, the fourth stage of Post Danmark Rundt – Tour of Denmark will no doubt be a special one. The fourth stage kicks off in Høng, at the Danish island of Nordvestsjælland, and will finish just after 105km in Asnæs Indelukke. The finale will consist of four laps of 13.4km each. There will be only one ‘Changing Diabetes’-Bonus Sprint in the stage, coming at 62.3km when the riders enter the final lap and cross the finish line for the first time. The second part of the day will consist of a short individual time trial of 12.1km that will take place in Holbæk.

“Both stages will be very fast, it’s important to recover as good as possible”, says Team Novo Nordisks rider, Martijn Verschoor. On their way north, the Dutch rider expects no handouts: “Even though it’s a quite short stage, it will be very hard. It’s going be a super fast morning stage, and that makes it difficult at the front of the bunch and dangerous for dropped riders, because there will be a hard time limit.” After a strong showing in the first stages of Post Danmark Rundt – Tour of Denmark, Verschoor is optimistic: “There are many hills and steep climbs, but we are ready for this challenge and will show that diabetes is no limit. We are looking forward to another uphill sprint.”

The finish of the fourth stage is anticipated for 12.30pm, and at 6pm the first rider will make his way to the ITT. “This stage should be simple, just five sharp turns and not too many hard climbs”, says Team Novo Nordisk rider, Kevin de Mesmaeker. “The most fresh rider will dominate it.” 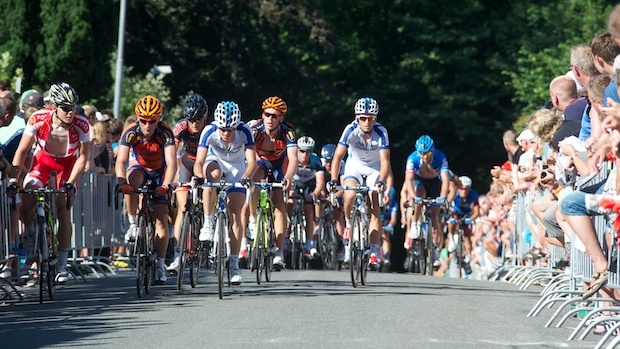 Leo Koenig on the Podium in the Tour de Pologne