The pro continental squad of RusVelo opened this season’s winning score in the capital of 2014 winter Olympics, having taken all the three podium spots on the top of a long final climb to the ski resort of Rosa Khutor.

Sergey Firsanov crossed the line ahead of his teammates Aleksandr Foliforov and Artem Ovechkin. The final 20 kilometers out of 168 km-long GP of Sochi Mayor course tested the peloton on a climb with 900 meters of vertical drop; the last eight kilometers with a lot of steep ramps were a real decider. RusVelo stuck to a classic tactical scenario of brining its climbers to the bottom of the ascent in the best possible conditions and then letting them strike a final blow. The plan was materialized to perfection.

“The race went as planned for us from the very start. We were lucky to enjoy the opposite of yesterday’s weather, just above 13 degrees with clear skies and no wind at all, that is, the ideal spring conditions for cycling. We let an escape ride away, then took the situation under control, keeping the gap within 4 minutes. The teammates gave us climbers an impeccable lift to the climb, letting us spare every watt and play the waiting game while reeling in the breakaway just before the pack hit the ramps. I had never rode up to Rosa Khutor before, so I was not sure as to how I should tackle the climb, but everything went smoothly. The guys destroyed the opposition with multiple attacks, and the only thing I needed was just to find the right moment for the winning move. I’m happy for Artem and Aleksandr who made the podium while helping me. We have had a lot of bad luck this season, but now I have a feeling that this patch is left behind. The legs are good, and the great load has been taken off our shoulders. We are ready for the battle of GP of Sochi, tomorrow is the first stage, a team time trial, and it will take the best of each of us to try and win it”.

“The amount of quality winter training had to pay back after all. That’s the way we should ride every time on home roads. It was a picture of team effort I hope to see more than once in the future”. 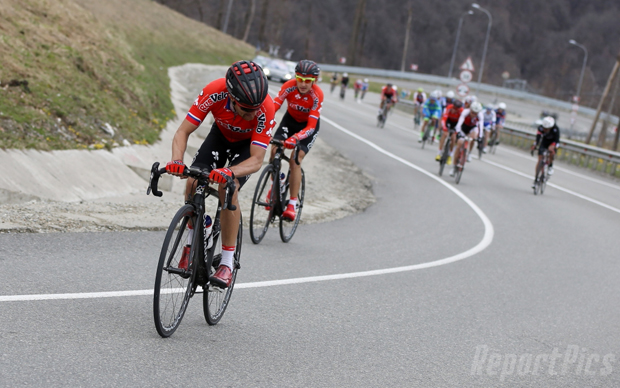 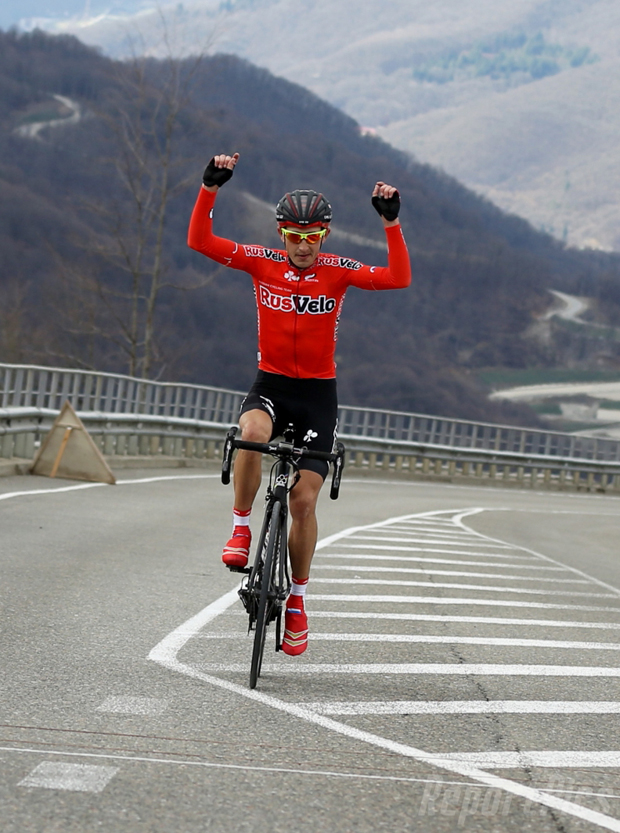 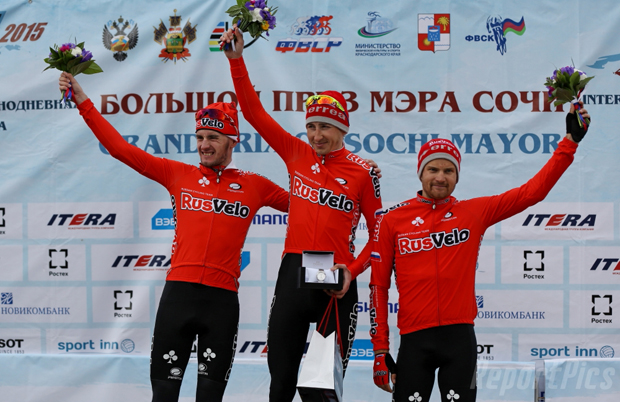 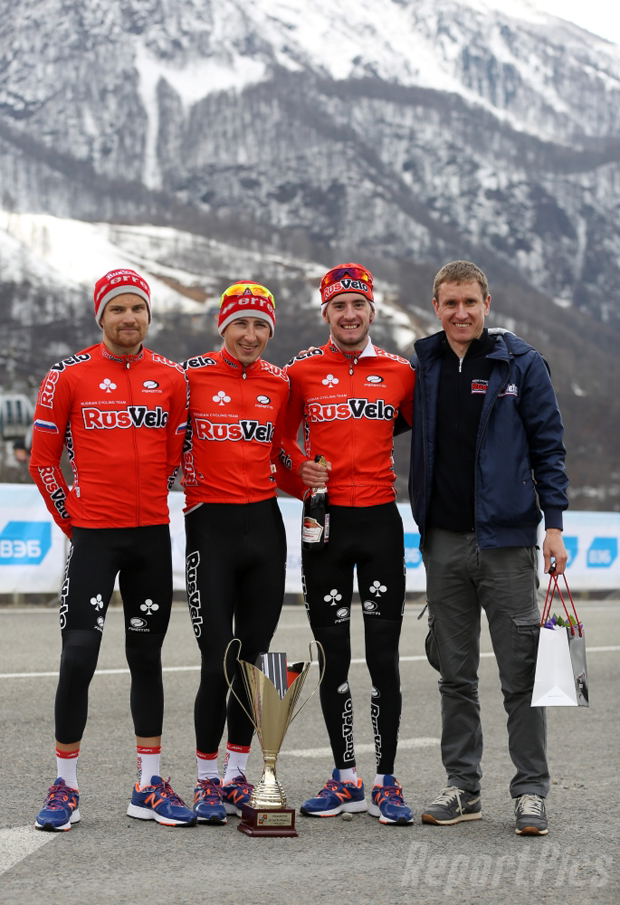 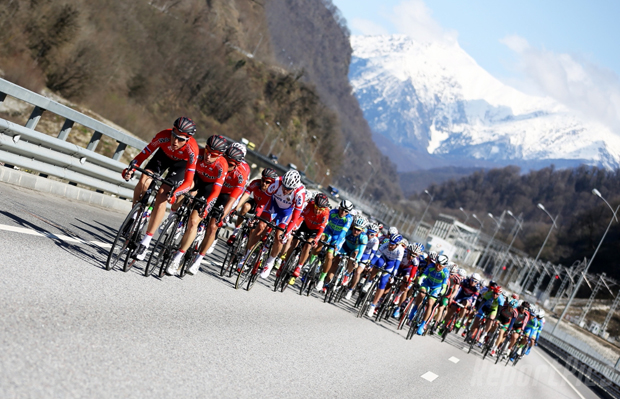