The Cervélo Bigla Pro Cycling Team emulated its performance in the previous edition of Berner Rundfahrt by again taking all three positions in the Suisse race. The event is sponsored by long time supporter of the team, Bigla, and was important for the team to honour their support of women’s cycling over the years.

Ashleigh Moolman-Pasio and Lotta Lepistö crossed the line together to take the win, a few moments ahead of Clara Koppenburg who won the sprint for third.

The three Cervélo Bigla riders together with an athlete from the German national team made up the day’s breakaway. The race consisted of a 33 kilometre circuit that was navigated three times, featuring a tough 5 kilometre climb.

“It was an incredible race by the team. We came here as a Bigla sponsored team at a Bigla event to win and of course to go for 1-2-3,” Moolman-Pasio explained. “We did a good lead out into the first climb. That’s where the race exploded. Clara and myself rode away with one German and Lotta crossed over. That was the situation for most of the race. We cooperated quite well together and extended the lead on the group. The last time up the climb, I attacked and got away. Lotta came across on the descent and I waited for her towards the end and we came together to the finish line.”

“It’s really nice to take the win after a tough Spring campaign. Even though it’s not a UCI race, it’s a real privilege to win the home race for Bigla,” Moolman-Pasio concluded.

Lisa Klein won the bunch sprint taking fifth on the day to make it an even more impressive team performance. The team stays in Switzerland for Sunday’s SwissEver GP Cham-Hagedorn. 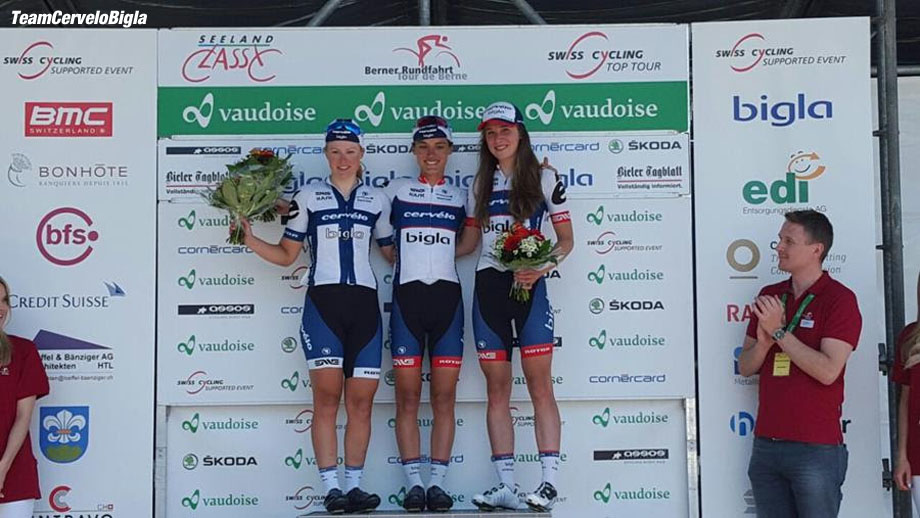