Team Colombia is about to open the final week of its 2013 season in Peccioli, Tuscany, where the 61st edition of the Coppa Sabatini will take place on Thursday, October 10th. In 2012, the Italian semiclassic was a happy one for Team Colombia, as it was Fabio Duarte who managed to take an impressive win.

The 27-year-old climber from Facatativa, and his 9 teammates will try to defend the title won 12 months ago on a 198 Km race, set to be decided in the 4 laps on the final circuit, featuring the tough Peccioli hill. On that climb, 12 months ago, Fabio Duarte managed to drop his company in order to land the spoils ahead of countryman Miguel Angel Rubiano and Italian Matteo Rabottini.

Beyond Duarte, who will be wearing number 1 dossard, Sports Director Valerio Tebaldi will have more valuable options in Darwin Atapuma, once again strong at Il Lombardia, and Leonardo Duque, who could use his sprinter’s skills on such a punchy finish. Rounding out the team are Robinson Chalapud, Wilson Marentes, Dalivier Ospina, Jarlinson Pantano, Carlos Julian Quintero, Jeffry Romero and Juan Pablo Valencia.

“The team is motivated to defend the crown won by Duarte a year ago”, Sports Director Tebaldi said. “Fabio’s condition has been improving lately, and he will look to play his cards in the finale, along with Duque. Atapuma can rely on the good condition he showed at the Worlds and Il Lombardia, so hopefully he could be a factor on the final circuit as well.” 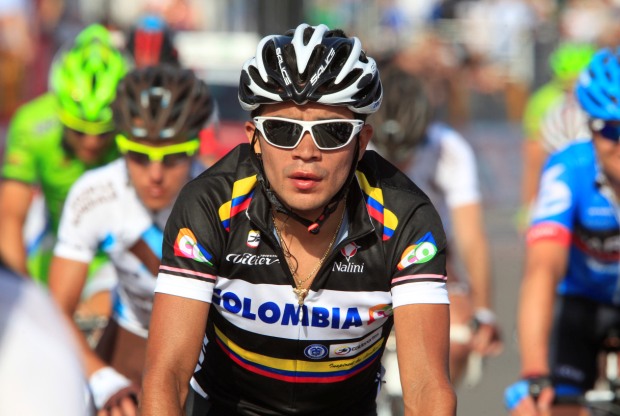