After a successful World Tour campaign in Poland, which saw Darwin Atapuma take the first success in the major World Cycling circuit, the Escarabajos of Team Colombia will make their return to competitions at the Vuelta a Burgos (August 7-11), in Spain.

Last year, the tough, winding roads of Castilla y Leon were springboards for the talent of Esteban Chaves, winner in the queen stage on the uphill finish in Lagunas de Neila, eventually taking a strong third in the GC. Unfortunately, the Colombian talented youngster will not be able to defend the podium himself, as he is still recovering from his severe crash at Trofeo Laigueglia.

The route, as usual, includes numerous difficulties with the classic final uphill finish to Lagunas de Neila. The opening and the 3rd stage are more suited to puncheurs, while stages 2 and 4 could also favor a class of sprinters who are not afraid of small and medium mountains.

Team Colombia will line-up in Spain with a strong and well-rounded team, set to compete on any terrain. Fabio Duarte and Jarlinson Pantano will focus on the uphill slopes, while Jeffry Romero and Edwin Avila will look to hold their own in sprint dashes.

“The race is a demanding one, and suits our characteristics, – said DS Pellicioli – we will go for another stage win, and we got quite a number of options to pursue that. I expect a lot from Duarte, Romero and Avila in the puncheurs’ stage while Pantano, Chalapud and Rodriguez will try to focus on the ending stage to Lagunas de Neila, where Esteban Chaves took his win last year.” 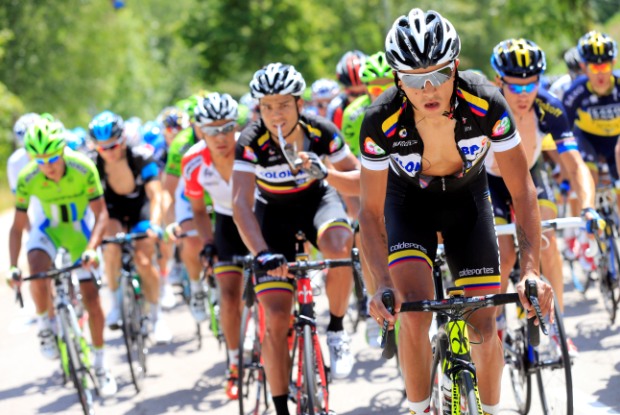