The Cervélo Bigla Pro Cycling team is nearing the end of its first training camp of the year. The team has spent three weeks in Mallorca going through a schedule that has included partner presentations, the unveiling of the 2016 Endura team kit and a mixture of tough and recovery training.

Canadian under 23 national road champion, Gabrielle Pilote Fortin is in her first year with the team. She says she has enjoyed her first experience thus far.

“The camp was good. It allowed us to really meet our teammates and build great relationships,” the 22-year-old Canadian said. “To me that’s a very important step. In order to race at our best as a team, you have to know who you’re riding with, for, or even, who is riding for you, and get to trust them. We were able to practice some racing simulations like crosswinds and echelons which are going to be quite important in the first block of racing and also to build a strong base for the TTT which is one of the big goals for the team this year. It was mostly base endurance training. We also got to do some things more specific to our own training and accordingly to our previous winter preparation.” 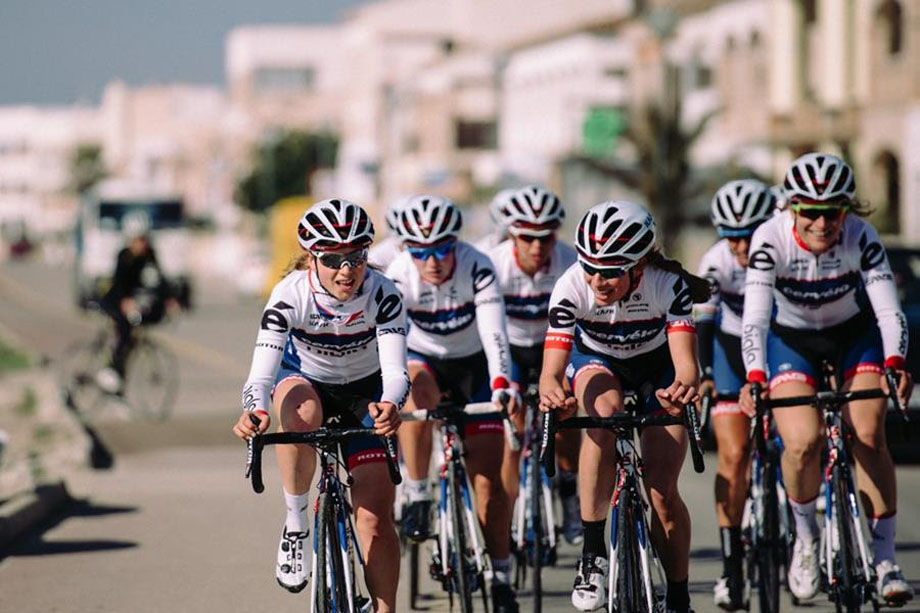 This season, the team has two new additions to the squad in Pilote Fortin as well as World Champion in the points race on the track, Stephanie Pohl. Pilote Fortin says it can sometimes be a challenge to get to know new teammates but she has enjoyed the experience. “I think we are good group, we are all so different but yet I think the team spirit is great and we were pretty much all very supportive of each other. I was able to get a lot of advice from Carmen [Small]. Also I was unlucky with a little crash during the first ride which caused some discomfort but everyone was really supportive and it really helped me getting through the training.”

The team will start its 2016 racing campaign in Belgium with a double header during the final weekend of the month. Omloop Het Nieuwsblad takes place on 27 February followed by Omloop van Het Hageland the next day.

“I’m super excited to start racing. With an early end to my season last year, I really can’t wait to get going again and I think we have many good mix for the spring classics. I am pretty confident in my teammies in fact,” Pilote Fortin concluded.