Alberto Contador: “Mission accomplished in the first part of the season”

Alberto Contador made a reconnaissance of the fifth stage of the Tour de France 2014, to be done next July 9 between Ypres and Arenberg, with nine sections of pavé in the last 75 km of the route. “It has gone well, I’ve seen the first part of the stage in the car and the last 75 km by bike,” he said before taking the plane back home.

“I have studied especially the equipment, which is most important here. I already knew some sections from 2010, but clearly the most critical will be the first sections, because there the group will still be very large and there will be more fighting to get into in front of the group. After there will have more selection,” said Contador. 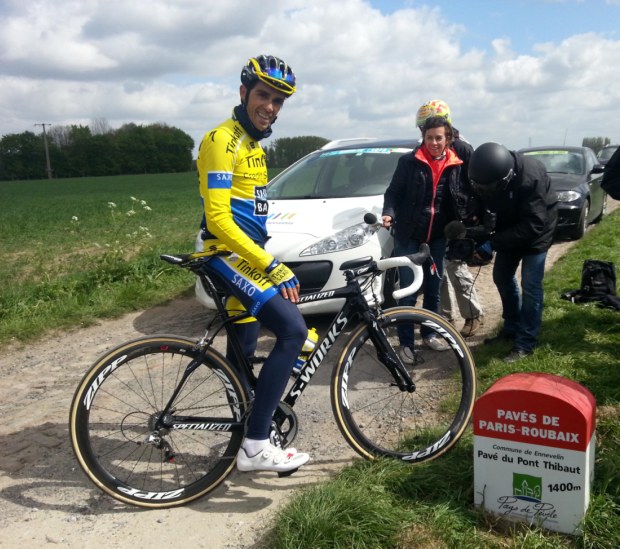 “The feelings on the cobblestones have been good, but we must not forget that this is just a workout, it’s not the race, and there wasn’t rain, which can complicate everything. The wind will also be very important. Today was blowing pretty much and in that case it will be important to have a strong team”, Alberto said about the conditions of the race. “The hardest part will be the entry into the sections of pave. Some of them have a lot of sand and the bike skate a lot. Care should be taken,” said the leader of Tinkoff-Saxo. “I felt good on the cobbles, but you have to face this stage with respect and be aware that we’ll be here with 100 km in the legs. I think it will be a more difficult stage than in 2010 because the first sections are more complicated.”

Alberto said he has used “the best bike I can have in this stage, the Specialized Roubaix. We have used wheels Zipp 303 and we have played with tubular’s measures and pressure, to see how they worked, because it is not the same a rider of 75 kilos to another with 62 kg weight.” Contador counted today with the support of Steven de Johng, who accompanied him by bike, while Philippe Mauduit followed them in the team car. “Steven has a lot of experience in these races and knows the route by heart. His counsels are very important,” he said. “After finishing the Basque Country and see this stage, I can say that I have achieved the objectives of the first part of the season”, concluded Alberto, who will take a few days of vacation before starting the preparation of the Dauphiné Libéré and the Tour de France, upcoming appointments with the competition. 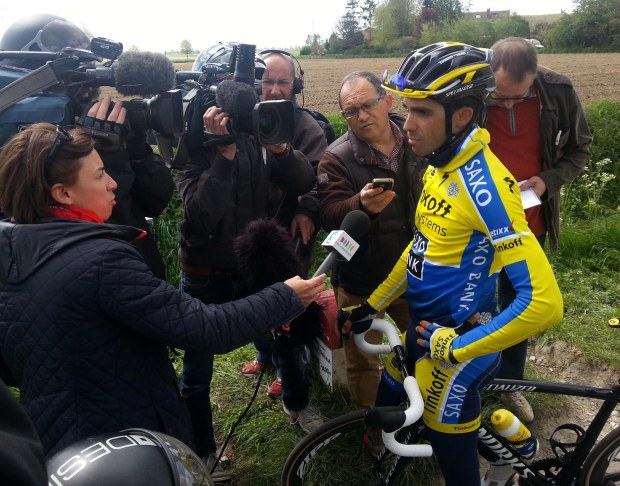