Contador on the eve of Lombardia: “My morale is high and I’ll do my absolute best”

Tinkoff-Saxo’s captain Alberto Contador is ready for Sunday’s Giro di Lombardia. The 254-kilometer race, labeled by the locals as the “Race of the Falling Leaves”, is the final classic of the season and one of the last opportunities to gain World Tour points. Much is at stake, since Alberto Contador currently leads the World Tour, 14 points ahead of Valverde, who will also be at the start in Como.

“My morale is high, but it’s true that I didn’t have the best feeling during Milano-Torino, probably because it was a one-day race and I hadn’t been racing since the Vuelta. Tomorrow I’ll start the race with the ambition of doing my absolute best and we’ll see what happens”, commented the leader of Tinkoff-Saxo. 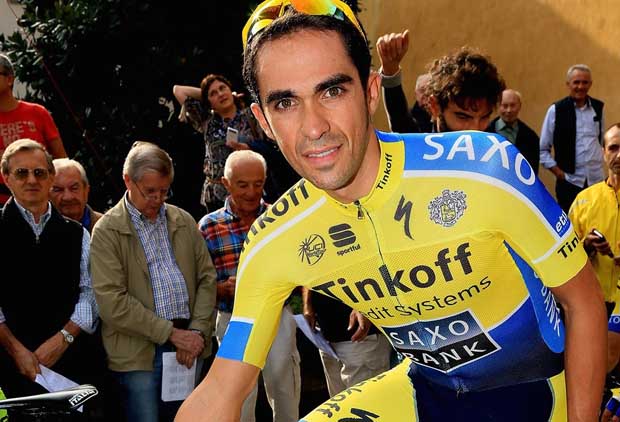 -In Milano-Torino you used the Specialized Tarmac commemorating your victory at the Vuelta and tomorrow you’ll be using it again. Do you like the design?

“I like it very much. You must see it in person to fully appreciate it as well as the design. The more you look at it, the more you like it. It motivates me to ride together with good memories and I hope it can bring me luck during Lombardia and the Tour of Beijing”.

-It’s the first of the final two races awarding points for the World Tour. Does that motivate you even more?

“I’m currently first on the rankings and I would like to finish on the top spot this year, but it wasn’t a goal that I had at the beginning of the year. It has come as a result of a great season, but I’ve gained my points in races that have suited me, while the final two races don’t suit me just as much. I’ll give my best and enjoy the races, both in Lombardy and in China, and then I’ll take a vacation, which I really need”.

-The final part of the race has changed from previous years. Have you had a chance to look at the finish?
“The parcours for the Giro di Lombardia is near my home. I went to see the last 100 kilometers. Although the overall race could be harder than the last two years, I believe the last climb to Bergamo is too short and not demanding enough to suit me really well”.

-What expectations do you have for tomorrow?
“Everything can happen. It’s a 254-kilometer race and you never know, since it’s late in the season and it depends more on current race shape than who the favorites are normally. We have to be attentive to the movements in the race and once we get to the end, we’ll see how much power there’s left. It will be important to look for the right moment to make a move, and if the opportunity arises, we have to seize it”. 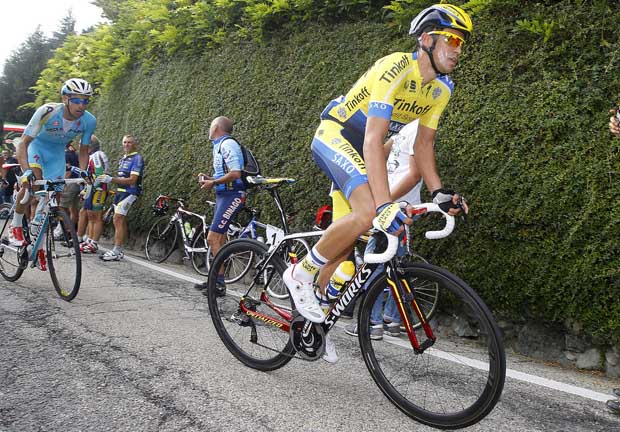