Today, Alberto Contador appeared at a press conference before the start of the Tour of Spain in which he said that his expectations are very modest after what happened to him in the Tour and how little he’s been training before coming here.

“Of course I will try not to lose time in the first days, only if I lose time, it will be time to change strategy. This year, the Vuelta is at a very high level and many riders come to fight for the win, but I’m at a very different level to the Tour”, said the leader of Tinkoff-Saxo.

If you pass the first ten days without losing time, yours rivals should start worrying?

“No, it’s not a matter of passing the first ten days but rather to see how I can recover because here the level is very high and although I have trained a few days, I tried to do the maximum and for that I am perhaps a little more tired than other times. You never know what the response of your body will be but if after 10 days I’m still in front, it will be good news especially for me because I think some people will be stronger”.

What have the doctors adviced you to concerning the Vuelta?

“It’s a risk. The best thing would have been to stay at home and think about next year but for me it was very difficult to watch the Tour on TV because I had prepared it very well and also had a special illusion for doing the Vuelta. That’s why I’m here. Dr. Manuel Leyes, who has treated my injury, recommended me a final MRI before coming here, but I said I did not have much time available and also not going to change my decision whatever the result. Anyway I hope that riding the Vuelta won’t have negative consequences, and in any case, I feel a little better everyday”.

Is the Vuelta a new opportunity for you?

“No, it’s not that. I’m thrilled with the season I’ve had until the Tour. It was a flawless season and I arrived to the Tour in my best condition. Now what I want is to enjoy the race and see what I get, but nothing more.”

Who is the favorite and what stage can be the most important?

“There are many riders with winning opportunities, but I think if he’s at a hundred percent, Froome is the favorite because he has a very strong team and because he is very strong in the mountains and in time trial. As for the stages, with the format of the Vuelta, all stages are important. There are some with chained mountain passes but in 2012 an apparent stage of transition changed the whole race. I cannot point at any particular stage”

In the Tour you had a great preparation and a very strong team, how is the team for the Vuelta

“It’s true that in the Tour we wanted to have the strongest possible team to control the race if we got the leader, but in the Vuelta, although we haven’t got riders like Roche, Rogers or Majka, we do have a very strong team for the flat stages and a group of climbers that can do very well. This time the team is the least of my worries,because I do not feel the pressure to control the race. I think I am not prepared to fight for victory while others are.” 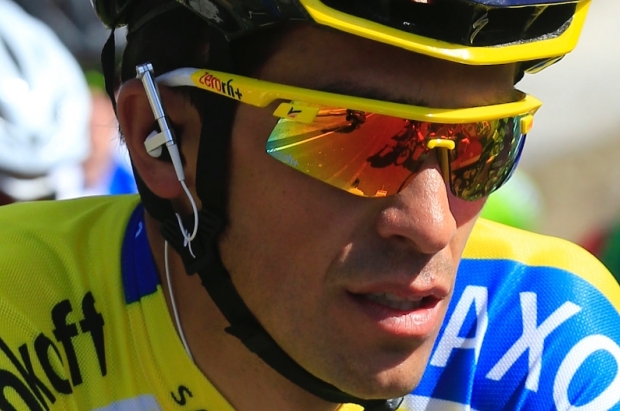 Maxime Monfort and Jens Debusschere give their preview of the Vuelta

Colorado Roadside: With The Fans!