Christopher Horner will unfortunately not take part in the 2014 Vuelta.

Valerio Conti will take his place in his debut in a grand tour.

As the blue-fuchsia-green team are part of the MPCC organization, it has been necessary for a change of program.

Even though Horner would be allowed to start the race as fas as the UCI is concerned, however the team are obliged to respect the rules and theregulation of the MPCC organisation in which it is a member on complete volontary decision.

The team’s head of medical staff, Dr Carlo Guardascione, explains the situation in more detail: “After the finish of Tour de France and after the Tour of Utah where the athlete was still suffering from bronchitis, Chris Horner underwent two examinations by two specialists for his bronchitis as he had been suffering since the beginning of the Tour de France as well as during the Tour of Utah, both specialists agreed that a treatment of cortisone by oral means was the only way to resolve this problem, all the necessary steps were taken to request a TUE (therapeutical use exemption), this authorization was given by UCI commission for the athlete to proceed with this therapy on the 15.08.2014.
Physiologically this treatment can cause a lowering of the cortisol together with other factors such as jet lag after his travel from United States where he had a time difference of 9 hours.
After the necessary UCI blood tests were taken it showed a lower cortisol level compared to the minumul level requested by the MPCC, thus the decision from the team to not allow the athlete to partake in this Vuelta even with having all the necessary UCI authorisation in order”.

With this decision, the team reaffirms his adherence to the principles underlying the MPCC organisation, agreeing to respect the rules and regulations and not to allow the athlete to start the Vuelta even though this being an important appointment for the athlete after an investment had been made on behalf of the team.

Horner, who’s going to spend the day training with his team mates, commented: “Of course I’m sad about this news. I was willing to try to defend the 2013 title, Vuelta was my main target in the season, the team signed my with the aim of being competitive in the Spanish race, but I accept the decision linked to the MPCC’s rules.

This bad bronchitis caused me a lot of problems, I’ve been suffering for it for weeks and this treatment could have allowed me to solve the problem.

UCI gave authorization for the treatment, I could race according UCI rules, but my team is member of MPCC, I understand it and we all must accept this situation without regrets”. 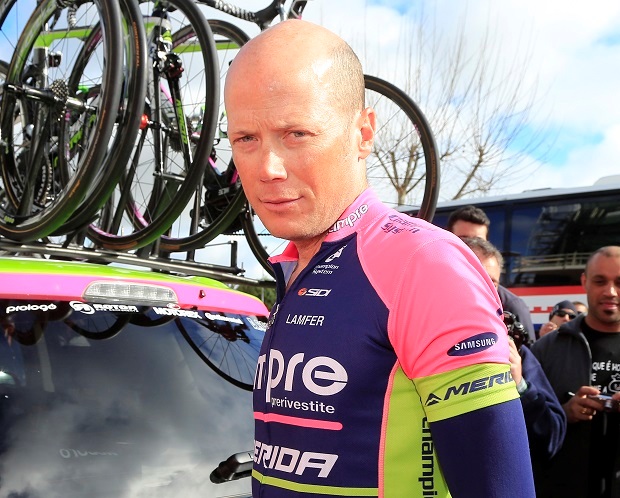