The 96th Coppa Bernocchi that took place today was the first act in the Trittico Lombardo, and it immediately gave a nice result to Area Zero D’Amico, the Italian continental formation managed by Ivan De Paolis and Andrea Tonti. On the finish line in Legnano Fabio Chinello scored 5th place among all the best riders in the lead bunch sprint, which was won by Elia Viviani (Cannondale) over Filippo Pozzato (Lampre-Merida), second, and Simone Ponzi (Neri Sottoli), third.

“We’re very happy for this nice placement,” explains team manager Ivan De Paolis. “For us this race was a return to the group after a break period from the races. Fabio Chinello, who emerged well from his experience at the Vuelta a Colombia in August, showed that he was in brilliant physical shape. He always kept the pace with the best, even in the more difficult final phases, and in the sprint he really gave it his all, confirming his excellent talent for speed as he went on to capture a prestigious result. It was a real race; it’s enough to have a look at the arrival order to see some important names. We raced against riders from Pro Team and Professional formations who are here to prepare for the World Championships. For us we also have the satisfaction of being the first among the continental teams at the finish line. Once again we have confirmed ourselves at the apex of our category. It’s a good result, considering that the continental teams could only line up six riders at the starting line.”

“In addition to Chinello’s result I also liked the way the entire team behaved,” continued Ivan De Paolis. “In the initial phases Gianluca Leonardi tried to get into the break but the group left no room for attackers. Too bad for Gianluca Mengardo, who fell during the refuelling manoeuvres, but fortunately for him he only came away with a few scrapes. The team is on a high and so is our morale; now we look forward with confidence to the next two tests.”

Tomorrow the Trittico Lombardo continues with the second trial called the Coppa Agostoni, which will be held at Lissone in Brianza. Following is the formation that has been chosen for this race: Giovanni Carboni, Fabio Chinello, Paolo Ciavatta, Gianluca Leonardi, Andrea Pasqualon and Simone Petilli. D.s. Massimo Codol will be following the team in the squad car. 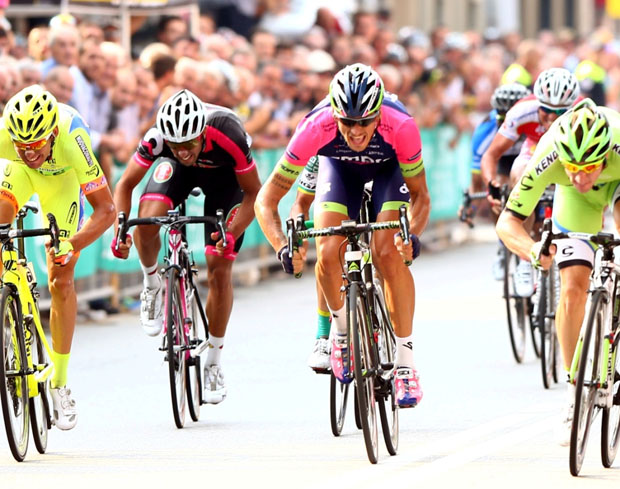