Curran Doubles Up At U23 Nationals

Geoffrey Curran won the Under 23 U.S. national road title Friday to go with the time trial championship he took home on Thursday while leading a 1-2-3-4-5-6-7-9 finish by Axeon Hagens Berman Cycling Team riders at the USA Cycling Amateur Road Nationals.

Curran and USA Cycling Pro Road Tour leader Neilson Powless teamed together for a 150-kilometer breakaway that eventually lapped the field in the 177-km race on a 7.7-km circuit in Cherokee Park. 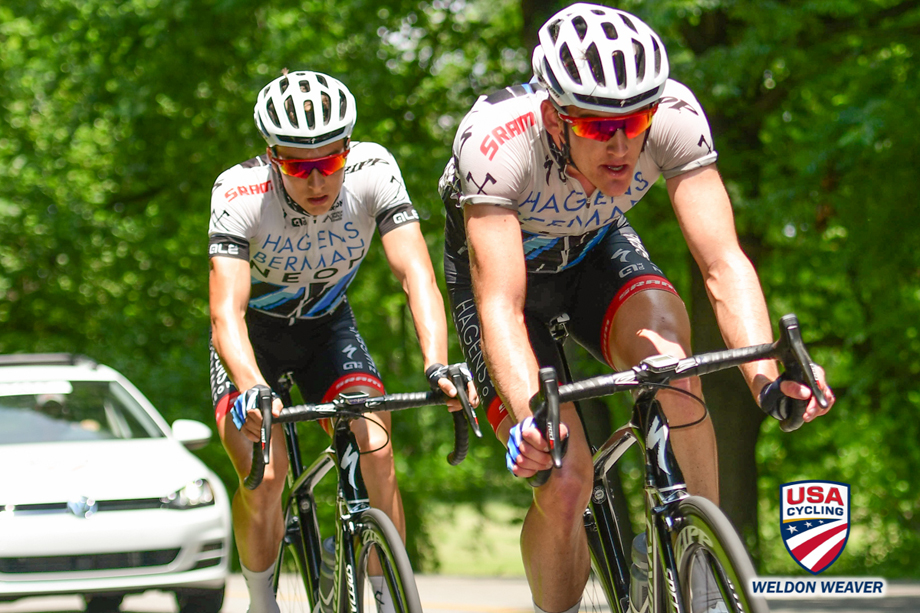 Curran and Powless lap the field

Powless, who was also runner-up to Curran on Thursday, said his 20-year-old teammate from Tustin, California, was clearly the strongest rider.

“I could tell from the pulls that he was taking that Geoffrey is really on good form now,” Powless said. “In pretty much every single one of my races he has given up plenty of results for himself, especially to help me. I thought it was only fitting that he take home two gold medals. He is really deserving of it.”

Joining their teammates in the top 10 were Tyler Williams (third), Phil O’Donnell (fourth), Colin Joyce (fifth), Will Barta (sixth), Chad Young (seventh) and Justin Oien (ninth). Curran and Powless finished 2:47 ahead of Williams and O’Donnell, who sprinted it out for the bronze medal. A further 2:22 behind, Joyce won a three-up sprint ahead of Barta and Young. Cooper Willsey (CCB Racing) was the first non-Axeon Hagens Berman rider to finish, 8:04 behind the winning pair.

Axeon Hagens Berman Sport Director Jeff Louder said about the only thing that did not go well was a flat tire to the team car during the race. On Thursday, Axeon Hagens Berman swept the podium as part of a 1-2-3-4-7-9-10 finish in the race against the clock.

“We knew coming in we were the favorites and it was important that we lived up to that,” Louder said. “I told the guys this morning that we only win by racing as a team. We had to be great teammates. And everyone raced aggressively – but in support of the team and always trying to have the odds in our favor. The results speak for themselves. The guys executed on a lot of stuff everyone talks about but is not so easy to do when you are out there. They raced really smart and pulled it off.”

Curran came into the national championships with a season-best result of fourth place and a finish at nationals never better than 10th. But on back-to-back days in Louisville, he won twice to help Axeon Hagens Berman score its seventh and eighth national titles, a team record. His latest victory was the team’s 25th on the year, also a record.

“Nationals has never been my forté,” Curran said. “You can come in as good as you want and nothing can happen. In the road race, if you have the form and everything you could do well, or you might not do well at all. This year, for the road race, it was a combination of my form and execution. For the time trial, I have had some pretty solid results coming into it, so it was execution again today.

“Success at nationals is one of those things that translates well to civilian life,” he said. “You can say you are a national champion and people understand that. You can tell people you won the Tour de France – and that’s a lot bigger – but people have no idea. So when I say I won and here’s my jersey and here’s my medal, it is very satisfying.” 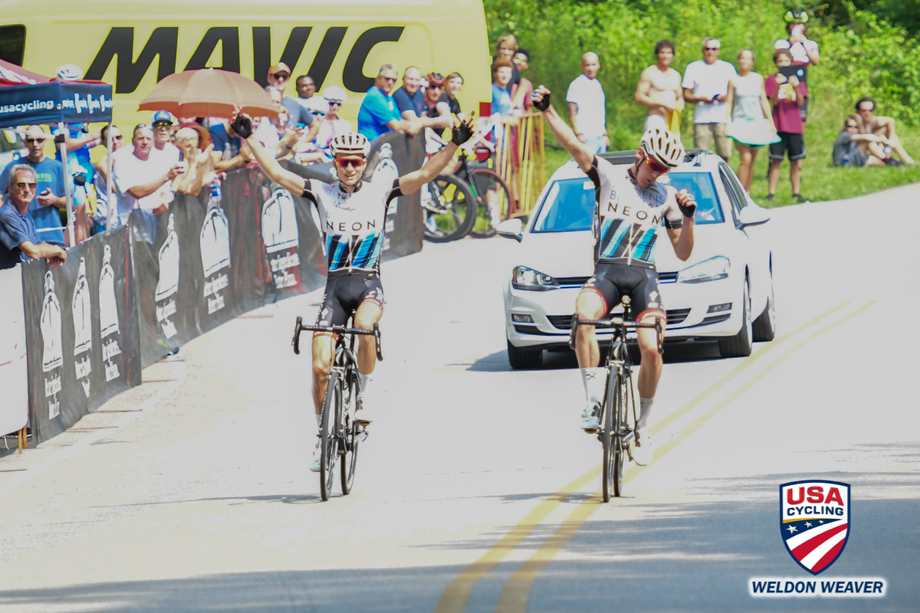 Curran and Powless – 1st and 2nd

Williams, who also medaled in nationals competition for the first time in his career, said there was rarely an easy moment in the 23-lap race.

“We basically started hitting out from almost kilometer zero,” the 21-year-old Santa Rosa, California, resident said. “I did most of the first lap alone, off the front, and there were always groups coming and going. Right after the first couple of laps, Neilson attacked and was alone. Then, Geoffrey was able to bridge shortly after that and that was how they got away. Of course, when you are chasing the guys who finished first and second in the time trial, it is hard to bring those guys back.”

Williams said the loop, while short on kilometers, provided plenty of challenging, up-and-down and technical terrain.

“The course was quite taxing,” he said. “You were able to make a difference pretty easily and create quite a gap. By no means was it an easy race. I know everyone is completely trashed. So while we had amazing results, we all gave 100 percent today and then some.” 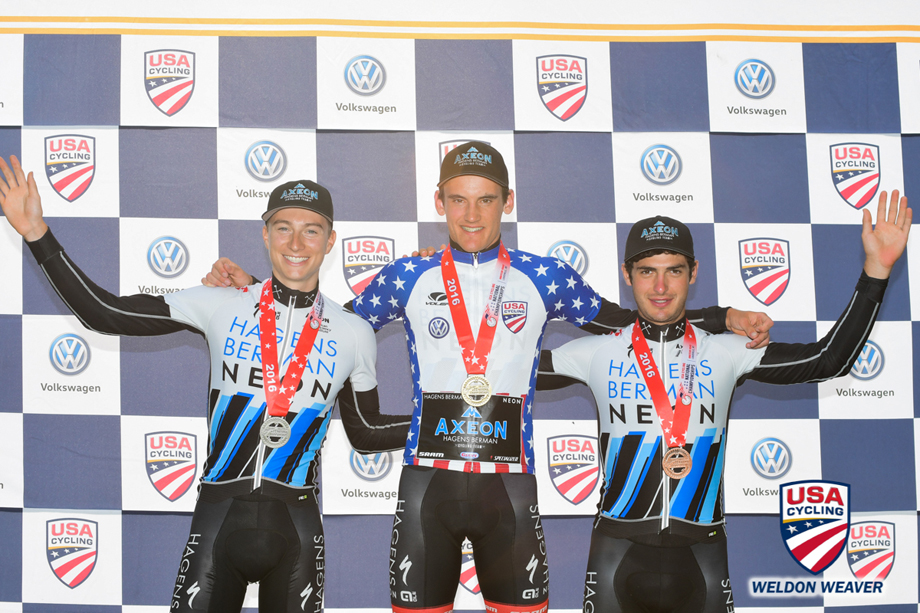