CYCLE TO… Launches Tenth Anniversary of CYCLE TO MIPIM

CYCLE TO…, organisers of the annual CYCLE TO MIPIM ride, is proud to announce the launch of the Broadgate Estates CYCLE TO MIPIM 2015, which takes place from 5th-10th March. The event has already sold out – all 100 places went within hours of registration opening.

Next year’s event will be the tenth anniversary of the ride since 2006, when a small band of intrepid and slightly naïve individuals from the property industry decided to cycle from London to Cannes to arrive in time for the start of the MIPIM real estate conference.

Today, Broadgate Estates CYCLE TO MIPIM provides the nearest an amateur cyclist will have to a true pro-rider experience, with rolling road closures, support vehicles and crew, mechanics and physios. 100 riders will take up the challenge of cycling 1,500km in six days during March: with 200km-300km to cover most days, the riders will set off in the dark (usually around 6am) and finish in the dark (often at around 8pm).

Over the six days, the peloton is likely to experience the best and worst of the British weather (usually rain) and the French weather (sometimes sunshine, sometimes manure-flavoured rain); survive on around six hours sleep a night; consume in the region of 4,000 calories every day; spend at least five hours per day in the saddle, and in some cases as many as 14 hours, and probably not escape without a few saddle sores. They will, however, support each other through the good and the bad, the ascents and the descents, the high points and the low moments.

Steve Whyman, CEO of title sponsor Broadgate Estates, commented, “We’re really excited to be sponsoring the tenth anniversary edition of CYCLE TO MIPIM. Enthusiasm for the ride and the supported charities continues to grow across the property sector and 2015 looks set to be a record breaking year.”

Nick Hanmer, Chief Executive of CYCLE TO…, explained, “CYCLE TO MIPIM is the industry’s biggest challenge and it offers a networking opportunity unlike any other. Our recent launch event saw familiar friends and new faces in equal quantities alike, and that’s the great thing about CYCLE TO MIPIM: it is an event not to be undertaken lightly, and for this reason it creates friendships and business relationships that last well beyond the event itself.”

The launch event at London’s Foundling Museum on 23rd September gave potential participants the opportunity to find out more about the event and the charities that they will be raising money for. Coram, the UK’s first ever dedicated children’s charity, is the principal charity partner and biggest beneficiary of CYCLE TO MIPIM. For 275 years it has been helping the most vulnerable children overcome hardship and trauma. Article 25, Emthonjeni Trust, Multiple System Atrophy Trust and Tom’s Trust are the other charities supported by the event.

Margaret McCulloch, Coram’s Head of Fundraising, said, “Over the nine years since it started, CYCLE TO… has raised more than £1.75 million in grants for charities including Coram. This is testament to both the generosity of the property industry and its support over the years as well as to the calibre of events that CYCLE TO…’s organises.

“The funds raised will support our vital work with children, including helping us to find and prepare wonderful adoptive parents who can provide safe and permanent homes for boys and girls who so badly need a loving family. Thanks to the commitment of everyone involved in Broadgate Estates CYCLE TO MIPIM 2015, we can better the lives of thousands more children.”

For the first time in CYCLE TO MIPIM’s history, there will be five bursary places available to support younger riders in taking part. Interested participants should get in touch with CYCLE TO… for further details and how to apply – [email protected]. 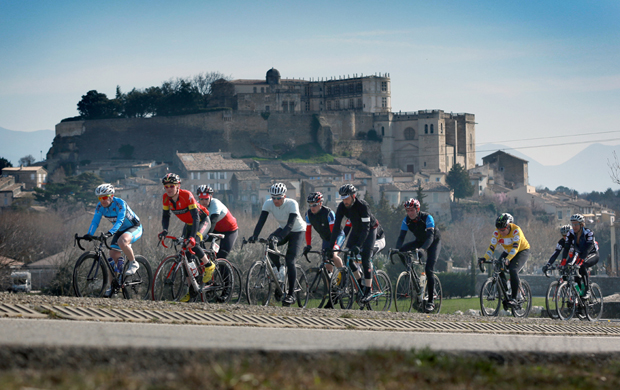 Worlds’14: The Last Word from Ponferrada

Sabatini, Emilia and Beghelli to wrap up the season