Day 6 – Completion and celebration for Coram in Cannes

The final day of Broadgate Estates CYCLE TO CANNES began early with a 6am departure for the riders. It was up to the riders to choose which stages they wanted to do, but once they were out, they were out for the duration.

The last day is not an easy one. Although there are only three stages, they are 64km, 60.4km and 47.3km and each of them contains climbs that fill legs with lactic, empty lungs and challenge weary minds.

However, the mood in the group was upbeat to say the least, despite a few sore heads from some premature celebrating the night before. Stage 1, from Aix en Provence to Le Val, features a long steady ascent and then a couple of sharp climbs, and despite the exceptionally chilly start, the riders found it a lot of fun, with good pace up the hills and even faster down them. There was an element of over-exuberance, too, with arm waving and group hugging from the ‘all the way’ riders. 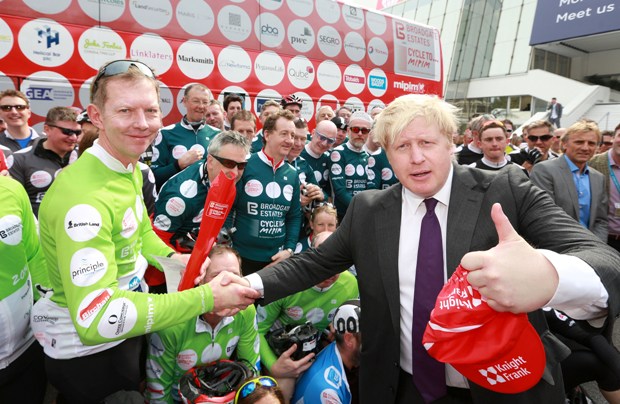 Stage 2, from Le Val to Broves en Seillans, is a hilly, wooded stage, over a winding 60.4km. This may be the ‘hump’ stage of the day, the one riders need to get over in order to reach the rewards of lunch and, more importantly, Stage 3 and the finish. A

After lunch, the entire peloton changes into team jerseys and the sight of the teams – Aedas, Argent, Elliott Wood, H2SO, Invest in Nottingham and Savills – moving out for the third stage – the final ride into Cannes – is something to behold. The stage, 47.3km long, features two tricky climbs, which one rider describes as the hardest of the whole event, whilst others find it a truly lovely climb: the route overlooks gorges, the roads are smooth and the gradient even. The riders are allowed to climb at their own pace, a cause for much smiling. Better than the climbs, though, are the two descents – on the first, the lead car lets the riders go, whilst on the second the car and Ride Captains keep the riders together as the approach becomes busier the nearer they get to Cannes.

The mood in the peloton on the final stage is euphoric, a mixture of emotions both happy and sad. Whilst the riders are keen to get to Cannes, they don’t want the event to be over. Despite the personal battles, the pain, the injuries, the accidents – or perhaps because of all these – the event has left its mark on each and every rider. 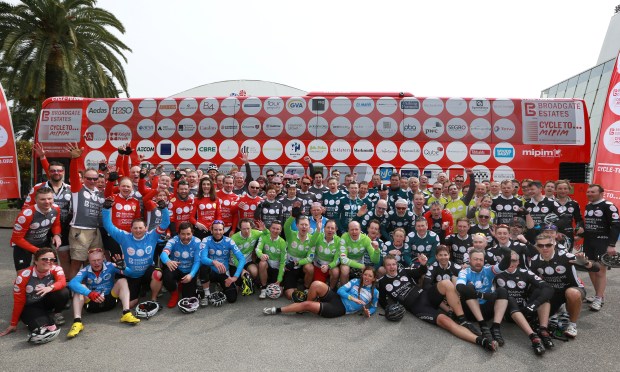 The arrival into Cannes, to rejoin the coach on the Croisette in front of the Palais de Congress, is a jubilant affair. Riders are greeted by family, friends and colleagues – and a fair few riders from previous years – and photo after photo is taken. Mayor of London Boris Johnson joins the peloton briefly to congratulate the riders, creating a media circus around the coach for a fair few minutes, and then it’s time for medal collection and a celebratory drink in the bar.

As word spreads that the funds raised this year have far exceeded expectations, the charities, and Coram in particular, are not forgotten in the glitz, glamour and buzz of Cannes and MIPIM. 98 riders have made an epic journey in aid of a number of fantastic causes – 28 of them have cycled the entire 1,452km distance from London to Cannes – and each and every one of them should be congratulated for the efforts of their bodies, their minds and overall, their hearts. Chapeau indeed. Allez les cyclistes. 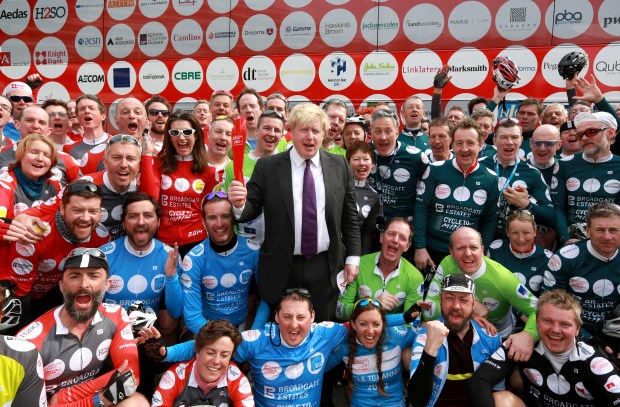 The Broadgate Estates CYCLE TO MIPIM 2014 peloton celebrates its arrival into Cannes.
Photo credits: Matt Alexander and CYCLE TO MIPIM.

Drapac deliver Wippert to another podium in Taiwan