Cycling Academy is taking its most recognized rider to its inaugural Pro Continental season.

The popular Dan Craven, who went viral on three occasions during the recent Olympic games in Rio, is back.

One of the most fascinating and recognized faces in the world of pro cycling, the Namibian National Champion and “bearded cyclist”, Dan Craven (AKA Dan from Nam) will continue his long career, now in its 14th season, in Europe with Israel Cycling Academy team.

Israel Cycling Academy, the newest addition to the selected group of UCI Pro Continental teams, has decided to offer a one-year contract extension to its oldest (33) and most veteran rider. The contract extension for the outspoken & colorful Namibian National champion was accepted with great enthusiasm.

“There was really no doubt about where I would ride in 2017. 2016 definitely counts as a stand out year where I finally found the team environment I can truly call home.” said Craven. He further revealed, “I had no intentions or interest to go elsewhere and am super excited by the challenges that lie ahead as the team takes the big step up to the Pro Conti level. I might be reaching the latter years of my career, but spending time with the group certainly does not make me feel that way.”

He continued: “Last year I took a bit of a gamble joining the young team as I simply did not know them very well – but I had noticed something in the way that General Manager Ran Margaliot operated and decided to follow my instincts. It was a step down for me in sporting terms – but in every other way it was a step up – finding my cycling family and being placed in a much more important role as the oldest rider on the team, acting as a liaison between riders and management. The team itself obviously also took a chance signing me a year ago and I think the contract renewal shows that they are just as pleased as I am!”

The decision to offer Craven a contract was only natural according to that team’s biggest financial supporter, the Israeli Canadian businessman and philanthropist Sylvan Adams: “Dan brings a seasoned and mature presence to our “start-up” team, both as regards his success and experience as a racer, as well as acting in a mentorship role to the younger riders, in how to carry themselves and represent our team both on and off the bike” explained Mr. Adams and added: “His intelligence, unfailing good humor, sportsmanship, and positive energy, exemplify the spirit of our project.”

Craven might not have the biggest results in the team during the past season but he is certainly one of the most intelligent, humorous, and colorful characters you will find in the peloton. He is enormously popular among fans as he always makes a point to show his friendly side. In the Tro Bro Leon race in France he was on the Race Poster, hugging a baby pig he was given, and is the first ever non-French rider to be “Awarded” with this honor.

This year, during the Rio Olympics Road race he appeared to be tweeting live from his bike during the race, claiming to be “Using my Beard” as he explained. It turned out to be a joke of course, as he had given his Twitter password to his girlfriend, Collyn, who had a field day during the event – but Craven was applauded by many thousand of fans who flooded his account with support and positive feedback.
When asked if he was planning another surprise next season, the Namibian had a smile as he answered, “I will certainly think of something.”

Cycling Academy was founded in December 2014 in Jerusalem, as Israel’s first Professional cycling team with the clear vision to help Israeli Cycling and bring young Cyclists, especially Israelis, to top levels of cycling.

The team recorded wins in races over 4 continents in the last 20 months and backed by sponsors Like Cannondale, Lazer, Hertz Israel, and Verge, as well as the Israeli Canadian Philanthropist Sylvan Adams – Israel Cycling Academy is now set to go Pro Continental for the 2017 season. 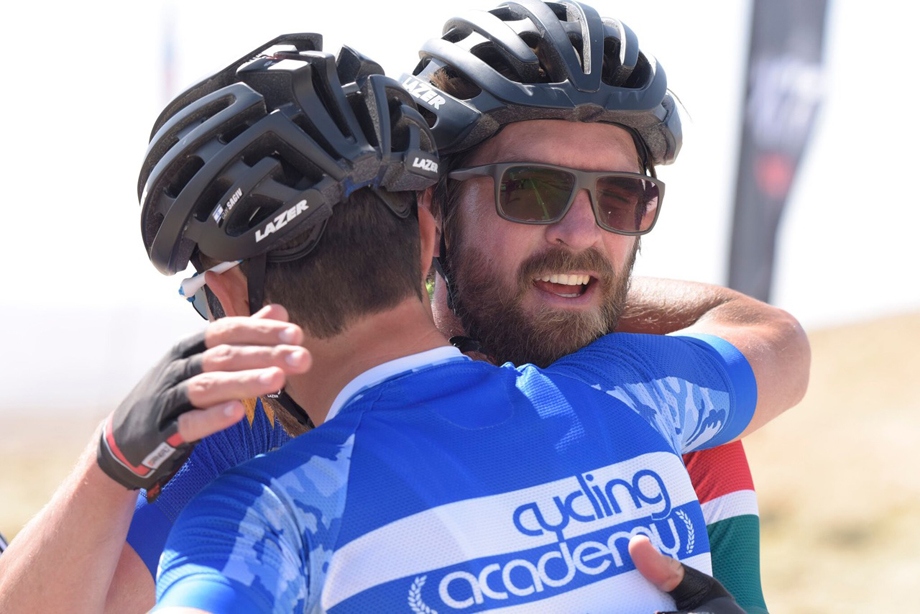 One Year In Blue: On the road with Quick-Step Floors Cycling Team