The two-day competition begins Friday with a 48 kilometer individual time trial on an out-and-back course. Saturday’s road race is 187 km, consisting of 12 laps of a 15.5-km circuit. 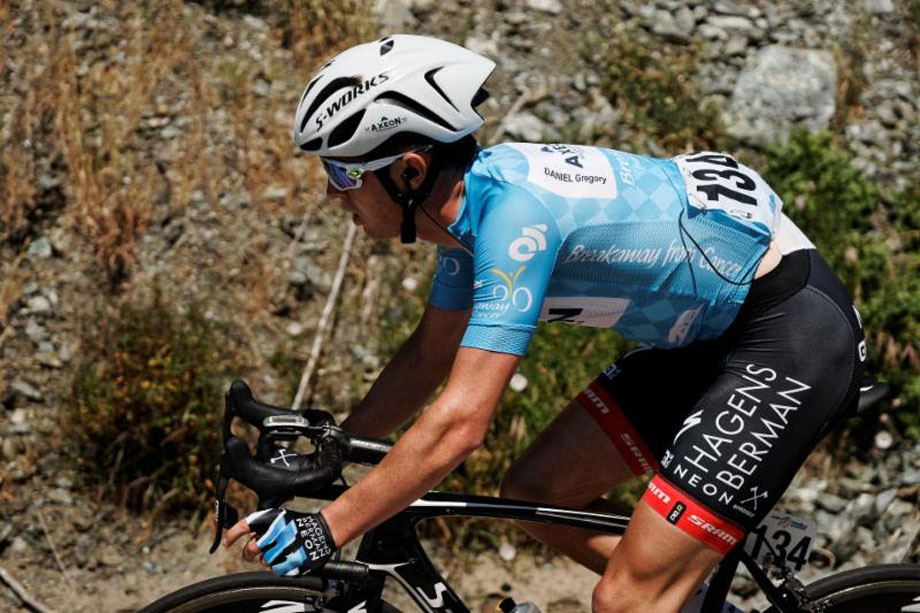 Daniel is coming off the Amgen Tour of California where he figured in breakaways on consecutive days and earned “most courageous rider” honors on Stage 3 before finishing 52nd overall. Axeon Hagens Berman won the “best young rider” title with Neilson Powless and finished runner-up in the team standings.

Coming out of the eight-day race that ended Sunday on the opposite coast, Daniel said he is feeling a bit fatigued.

“But I always come out of that race so much stronger than when I come in,” he said. “Hopefully, the form is there come the day of the race. I just need to make sure I do everything I can to recover from this big block of spring races.”

A year ago, the 21-year-old from Denver, Colorado, finished runner-up in the national road race and third in the time trial while competing in the Under 23 division. This year, he steps up to the professional division at the championships in Winston-Salem, which is about a three-hour drive from his training base in Sylva, North Carolina.

“The time trial course seems fairly straightforward,” Daniel said. “There are not many turns and it is not really hilly. I think it will be a good experience for me personally, because it is the longest time trial I have ever done.”

With no teammates to support him in the road race, Daniel said he will have to be measured in his efforts throughout the more than four-hour event.

“I will go into it thinking to save every calorie and every watt I can,” he said. “It is going to be hard, no question, and I think a move at the end will stick. Just who has the legs at the end to make that move will be the question.”

Saturday’s road race will be live-streamed. Cyclingfans.com, Cyclingnews.com and Cyclingtips.com will each provide broadcast sources.