Kenny Dehaes: “The last training weeks have gone well. I went to the Ardennes for a few days to train on hilly terrain. In Frankfurt I abandoned early because I was undercooled because of the rain. Now a new period starts. May and June are traditionally my strong months. I want to show something here.”

“I have a good connection with the 4 Jours de Dunkerque. In 2008 I took the win in Saint-Quentin before Hushovd and Ciolek. That was my big breakthrough in the peloton. This year, the second stage ends in Saint-Quentin. I would be nice to take the win there. Hopefully everything falls into place this week.”

“Due to the absence of Bouhanni and Coquard I mainly expect competition from Démare and Debusschere. Certainly Démare is a lever higher, but I am also one of the fastest riders in this pack. Later this year I want to focus on the Belgian championships in Antwerp at the end of June. This flat race of 230 kilometers should suit me.” 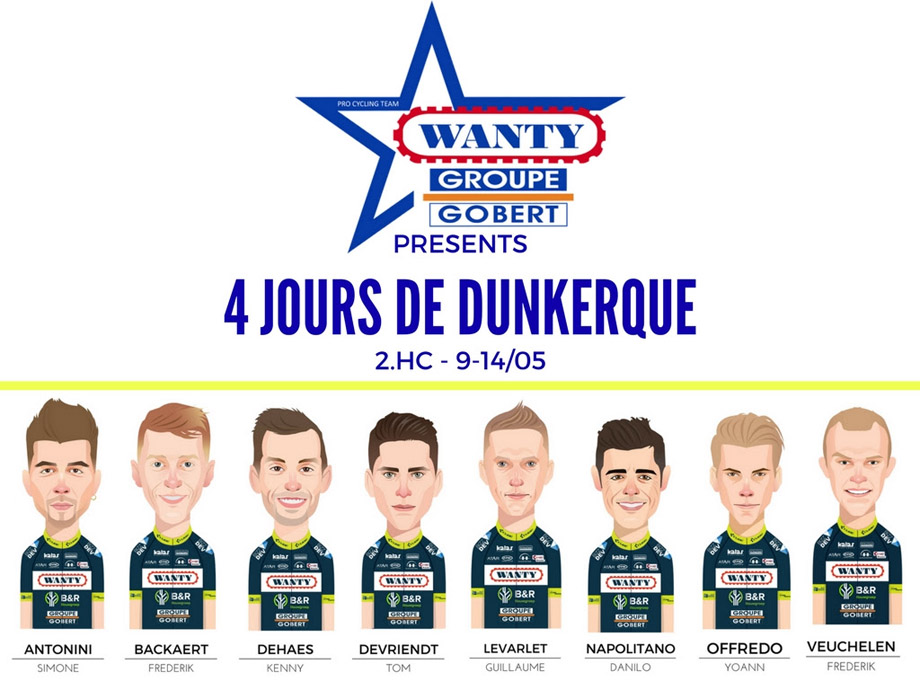