RusVelo rider Denis Dmitriev, representing the national team, won individual sprint on the final day of the opening round of the UCI World Cup on the Columbian track in Cali. He did it in his trademark style, and also despite a heavy crash in the qualifying run. The rear tire exploded right at the moment when the powerful sprinter descended from the banking and entered the timed section, so the speed was at its highest. Ignoring enormous burns, Dmitriev asked for a restart and qualified into the next round. The experts, logically enough, were cautious about his chances of making it to the finals in the wake of the painful injuries, but he did it and beat the newly-crowned European champion Jeffrey Hoogland in two heats. The finals turned into a real show where two opponents demonstrated all the technical and tactical skills a modern sprinter is expected to have. 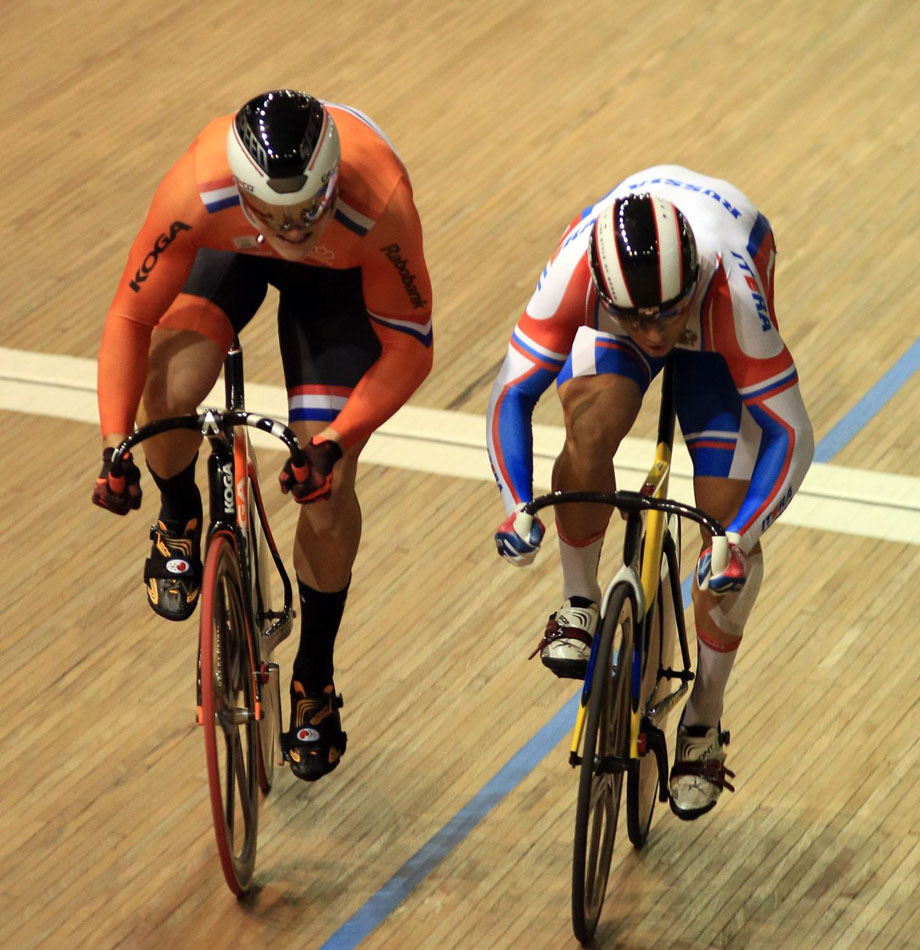 “The tire blew up at the worst possible moment, when the clock was on, and I was riding full gas. When else it was supposed to fail, though? Today it happens now and then, and I’m trying to be philosophical: we are heavy and strong guys, we switch on in a wild way, reach extreme speeds in a blink of an eye; you should also throw into the equation aggressive track geometry and a very high pressure inside the tires, so no wonder that the equipment gets beyond the limits.

The crash looked picturesque, I have to admit. I’d give my thumbs up to the makers of racing numbers – they worked almost as a Moto GP leather and saved my back. Unfortunately many other zones turned out to be badly grazed. I looked at myself: my left side was a total mess. And yes, it made me angry, it was a challenge and I just told myself not to give up, all or nothing! I asked for a restart, there were little more than ten minutes for pulling myself together, little wonder that I didn’t quite shine posting the 13th time, but it was enough to come through to the next round. Then it went better and better, adrenaline effect makes you more aggressive and fearless. Honestly the process of riding for a win blocked the pain completely, every time after a race though I immediately felt pretty rusty, and pain was throbbing in all the damaged areas. 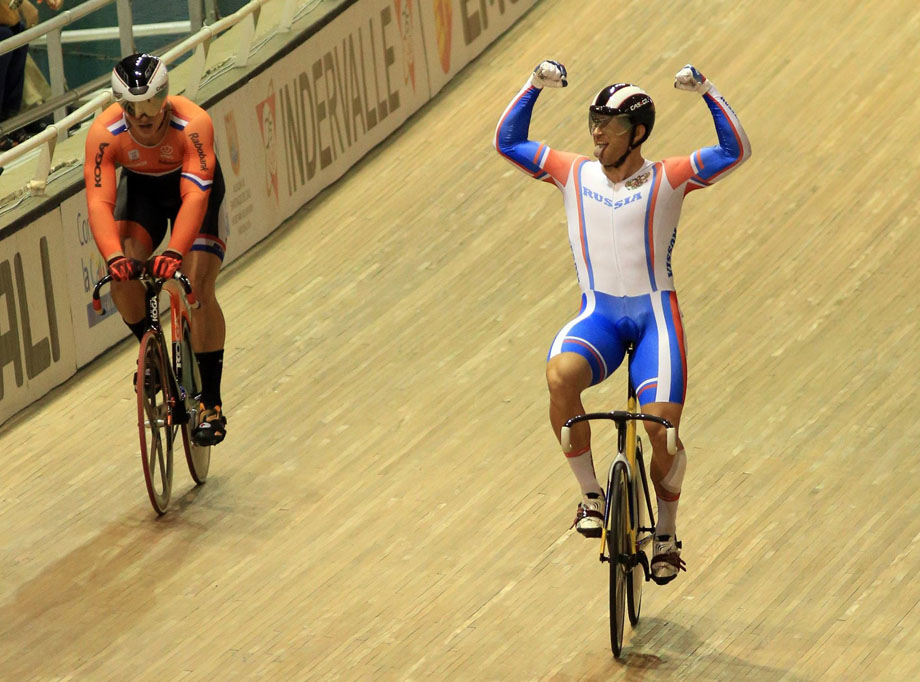 Final match was a lot of fun for me, that what sprint is all about! Jeffrey Hoogland is my ancient rival, we know each other well. He is in good form, his freshly won European title speaks for itself. I watched others riding against him, their principal mistake was that they gave him too much initiative and hid their heads in the shells like turtles as soon as he started to stamp his authority. I knew it was important to get him out of his comfort zone, and used that standstill as a warning that I mean business. All in all, it was a real show, an open game full of fun, and the audience gave us a big hand with a lot of enthusiasm.

The season has just begun, we have a lot of traveling ahead of us this year, lots of distant venues, but I am getting used to controlling jet lag, regular visits to Japan for keirin races trains me well for this, among other things. For me the trick is to go to bed by the local time on the arrival day, and then everything goes smoothly. Next World Cup will be held in the New Zeland, we’ll train for it in the United States. At lease for the coming couple of weeks I remain in more or less the same time zone. 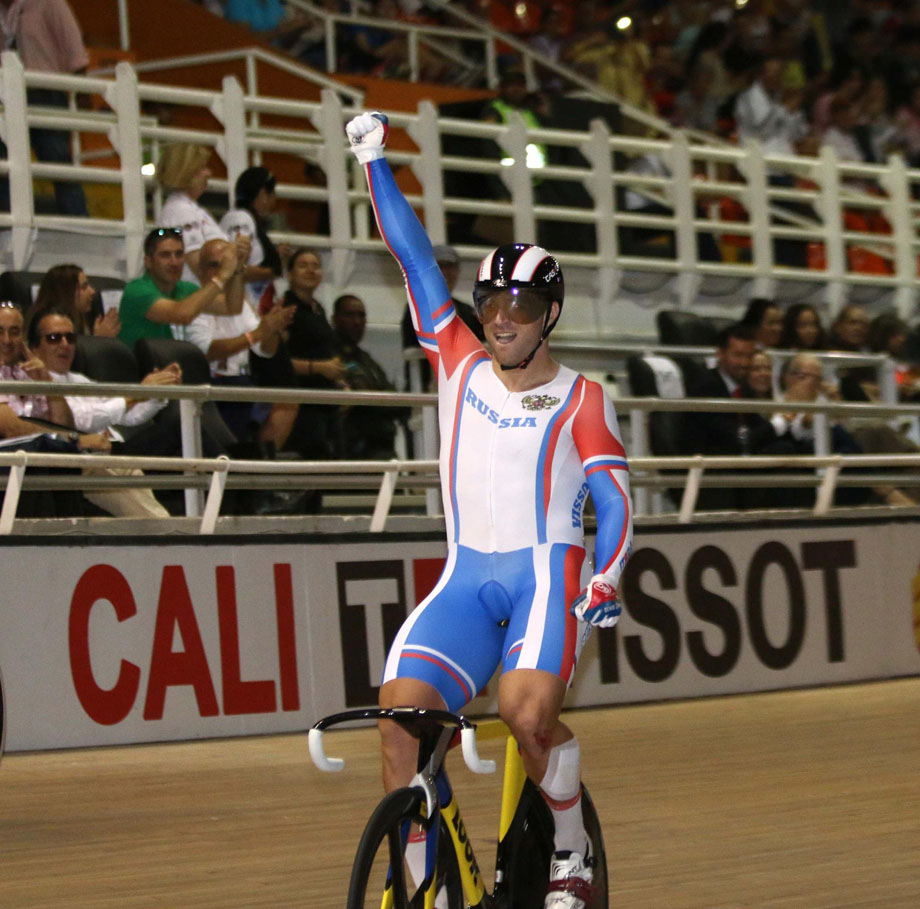 As to the consequences of the crash, summing it all up I’d say I was lucky to avoid any serious injuries. The area of skin damage is rather big, but I’m optimistic. Weather conditions in the part of America where we go are superb, sunbathing and swimming in the sea are the best methods of physiotherapy. I think in a week’s time I’ll feel brand new. 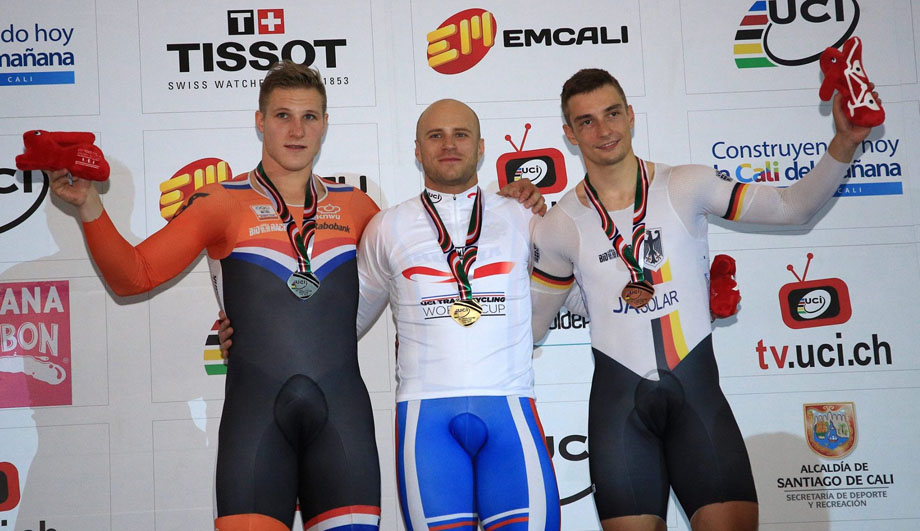