Team Dimension Data for Qhubeka is ready for the first European World Tour stage race of the season as Paris-Nice kicks off on Sunday, March 5.

As one of the most prestigious races on the calendar, Paris-Nice always attracts a strong field of both sprinters and climbers. This year is no different. Eight stages of 1233.5 km in total await the riders as they make their way towards the south of France to finish on the following Sunday, March 12.

The first three stages favor the sprinters, while stage 4 is the only time trial of the race. This will be the first serious test for the riders targeting the general classification. Despite an undulating profile, stage 5 may still end in a sprint. However, from here on, the sprinters won’t have much to say in the race as the final three stages all include several hard climbs to overcome. The queen stage is on day seven with the mountain top finish on Col de la Couillole. This 15.7 km long category 1 climb has an average gradient of 7 % and is the highest ever finish in the history of Paris-Nice with its 1678 meters of altitude. The last stage of the race is a classic course around Nice with the top of the well-known Col d’Eze (7.7 km with an average of 5.7 %) just 15 km from the finishing line.

Team Dimension Data for Qhubeka lines up with a very versatile team able to compete in both flat and mountainous terrain. Reinardt Janse van Rensburg and Kristian Sbaragli have had a strong start to the season with podium places in the bunch sprints. They are now eager to take advantage of their good shape against the best riders in the world. Omar Fraile is the team’s card to play for the hilly stages and the overall standing.

Kristian Sbaragli – Rider
“I have had a good start to the season and now, I’m looking forward to starting Paris-Nice. After Tour of Oman, I spent some good days of training back in Italy so my condition should still be good. We bring a strong team to the race and I hope to deliver some good results, particular in the intermediate stages where we can have a sprint within a reduced group. The main goal is to come back with a top result and we will all do our best to make it happen”.

Bingen Fernández – Sports director
“We have a strong team for the flat stages with multiple riders able to fight for a good result. For the general classification, Omar [Fraile] is our guy. We hope to do a good GC but our main focus is to win a stage. The last three stages are definitely the most challenging ones. It would be great if we could put a rider in a winning break one of the days”. 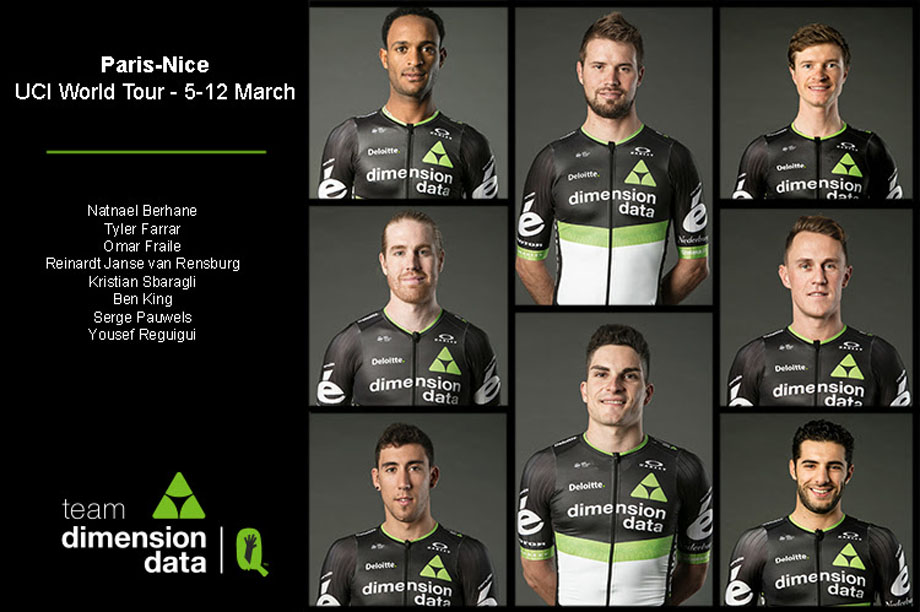