For the German rider this is his fourth rainbow title in this specialty during his career.

Tony Martin dominated the time trial race at the 2016 UCI World Championships in Doha. On the long, straight roads featured on the route, the German champion from team Etixx – Quick-Step had no problem unleashing all his power, smashing the rest of the competition. 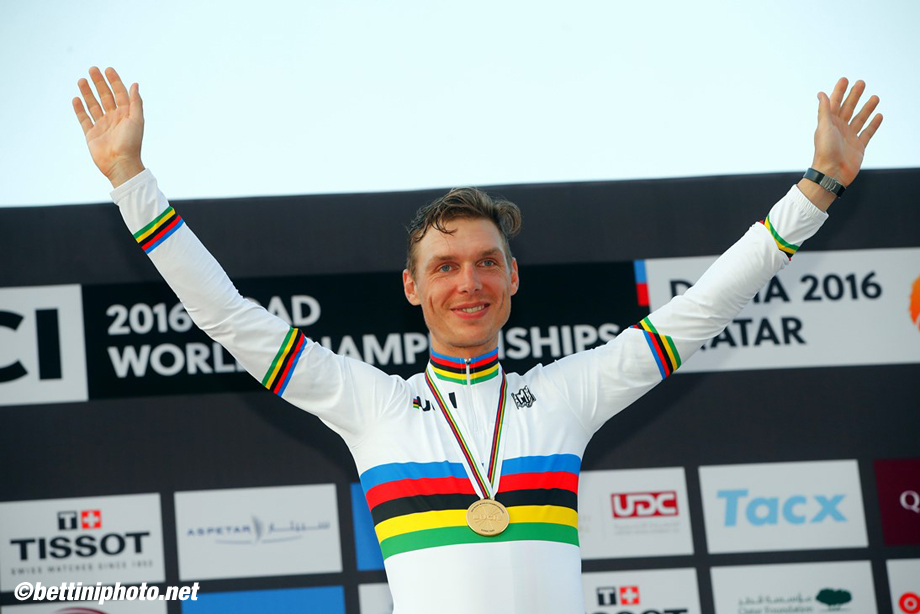 At the end of his ride on the 40 km between Losail and the artificial island called The Pearl, Tony Martin stopped the clock with a time of 44’42”, with an average speed of 53.691 km/h, gaining no less than a 45” lead on the departing Belorussian champion Vasil Kiryienka (Team Sky). Third place went to Spain’s Jonathan Castroviejo (Movistar) at 1’10” back. 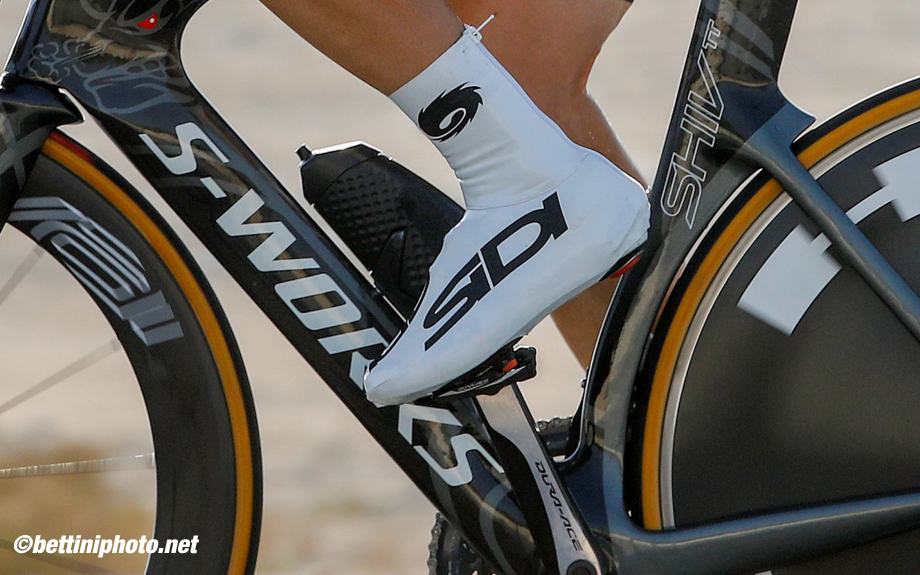 On Sunday, October 9th, here in Doha, Qatar, Tony got things started by pushing his Etixx – Quick-Step team like a locomotive to spur them to victory for the World title in the Team Time trial; today Tony Martin performed another magnificent feat in the individual time trial. This was a great World Championship poker hand for Tony Martin and Sidi. In fact, in Doha the German captured the rainbow title in this specialty for the fourth time (2011-2012-2013-2016) in his career, reaffirming himself as one of the best riders of all time against the time. When he’s competing and winning he can count on the SHOT, the new shoe from the Sidi branded road racing collection. It’s light, technical, innovative and highly performing, and it has immediately shot to the top of World cycling game. 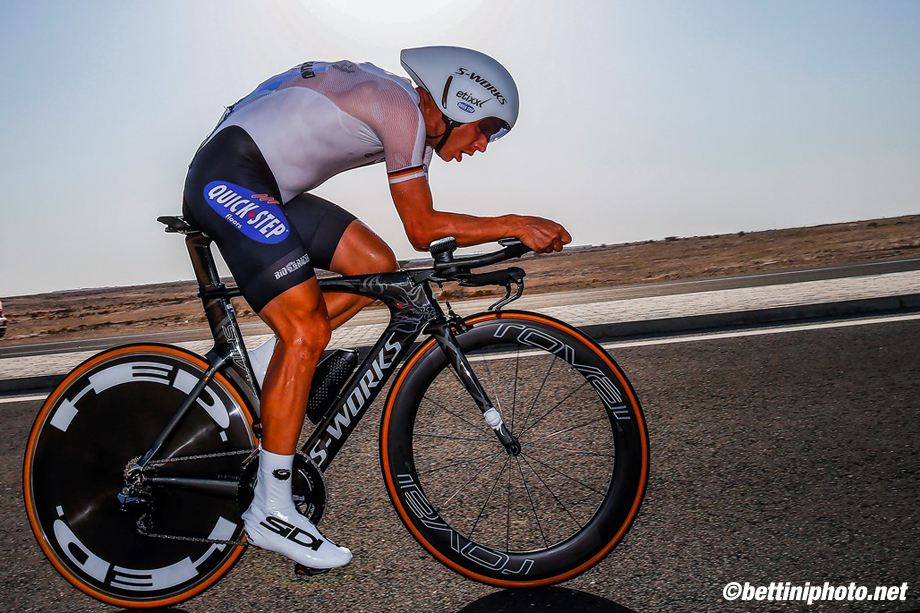 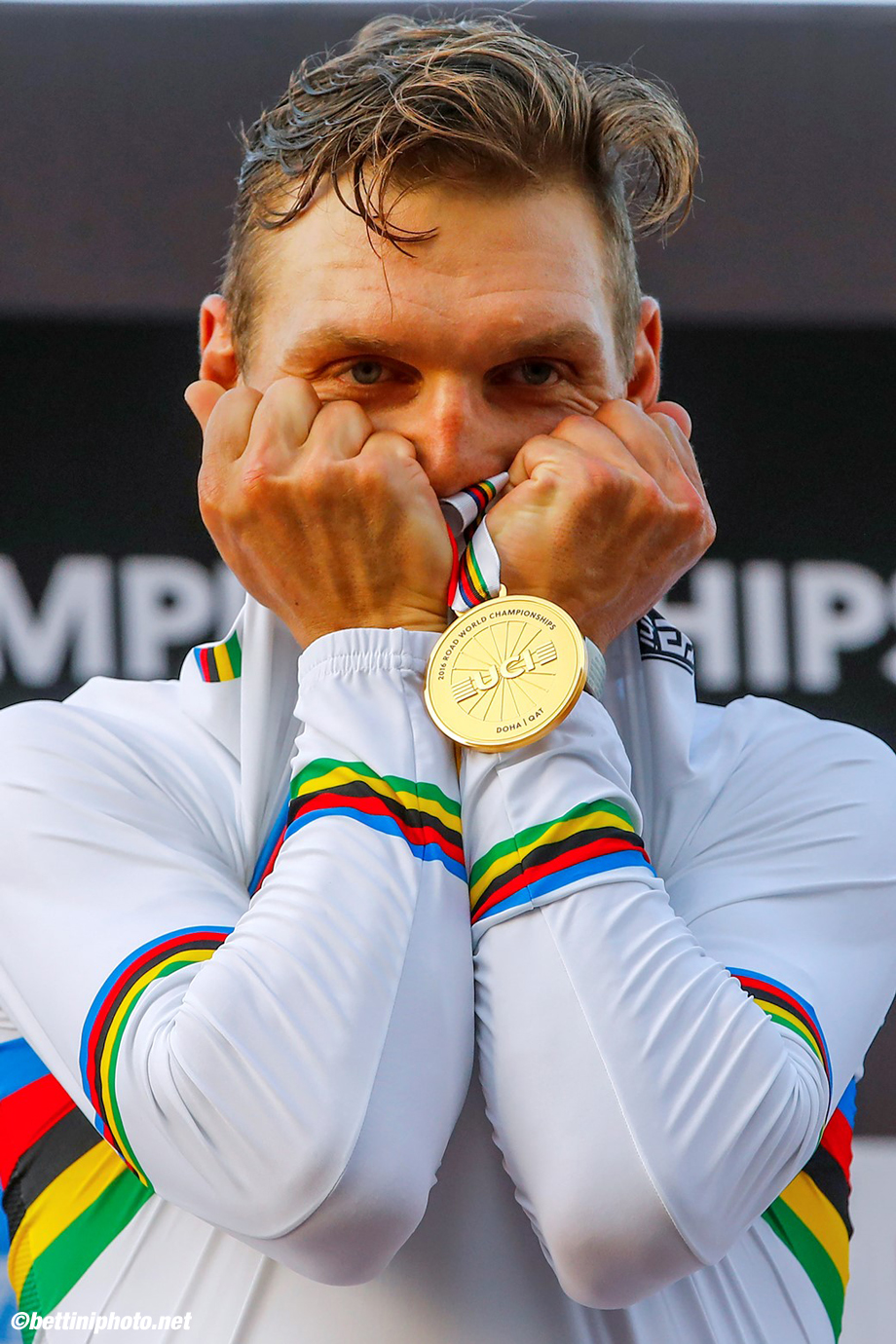