Sergio Pardilla leading the Tour of Portugal is significant in two ways. We’ve taken a rider who’s been on WorldTour teams before, but this result is the first yellow jersey and first race he’s won since 2010. It shows our nurturing and supporting environment from a coaching and management support point of view and how we’ve been able to take an athlete whose been a good rider in world cycling but taken him to a higher level.

In the past he was a rider who always had to work for someone else in the big races and like we’ve seen with Gerald Ciolek, by making him a leader and giving him the support of a team on the road and supporting them with our high performance staff, we’ve seen that Sergio is back to winning and performing better than he has before because he was able to take that responsibility. With the team support he was able to ride to a higher level.

This is significant for our team and especially the African athletes because they are riding on the front defending the yellow jersey. They are now in a situation they would never have been in before. If you were going to a race and you didn’t have a dedicated leader of Sergio’s caliber, then you would not have found yourself in this position. For our athletes to ride on the front all day defending the yellow jersey pushes them beyond what they might normally do in a race and gives them an experience they would normally never have in professional cycling.

That’s the role that our international riders and mentors play in the team. That’s the reason we brought them onto the team, to take the racing to a higher level for the whole team and put our athletes in a position they have never been before. This process allows us to fast-track our African athletes and improve their development to the point soon where they will be the protected leaders and grow as individuals. From an African cycling viewpoint, this week has been of the best schooling our athletes could get. We like to think of this as Africa Rising. 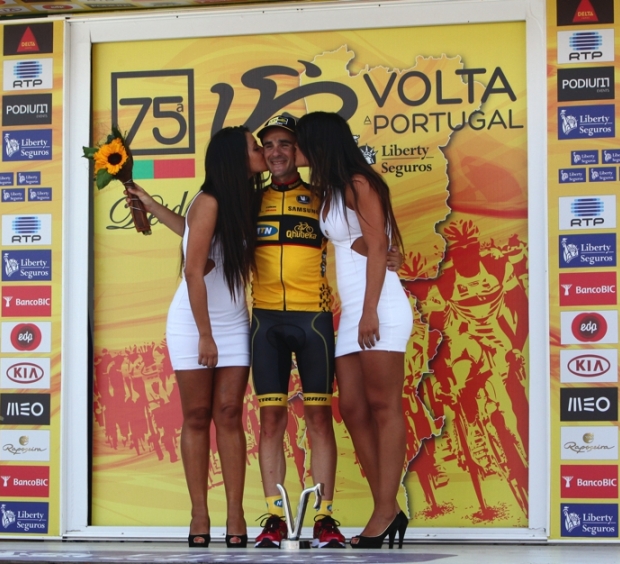