Drapac deliver Wippert to another podium in Taiwan

Wouter Wippert has claimed a third podium place for Drapac Professional Cycling at the Tour de Taiwan, finishing in 3rd on Thursday’s fifth and final stage in Dapeng Bay.

The flying Dutchman was edged out by just 10 centimetres by Fabian Schnaidt (Team Vorarlberg) and Benjamin Giraud (La Pomme Marseille 13) who took the top two placings respectively in the 168km finale along the waterfront.

Earlier this week, Wippert earned a second place in the first stage and took victory on the third. It was a mammoth effort from Drapac as defending champions for the overall prize for the past two years. Over the five stages, the team managed a top-four place on each day.

Stage 5 went down to the wire with the peloton only coming together to fight it out for the win in the final two kilometres following a determined chase from Drapac.

“It was once again a great team effort from the guys,” explained Wippert. “They chased down the breakaway for a good 100km with only a little bit of help from other teams.

“In the final kilometre it was chaotic and I had to close some small gaps,” he continued. “With 250 metres to go I waited just two seconds on a wheel in front of me before the last corner and at that moment two guys passed me with a bit more sped. I came back but just not enough to get the win.”

Directeur Sportif Henk Vogels was pleased with the week.

“The team rode well for each other all week and didn’t finish outside the top-four on any day,” he said. “They rode well again today but Wouter probably left his sprint a little late.

“Wes’ result on GC was strong and had he not crashed in Stage 3 he most probably would have finished in the top-five.” 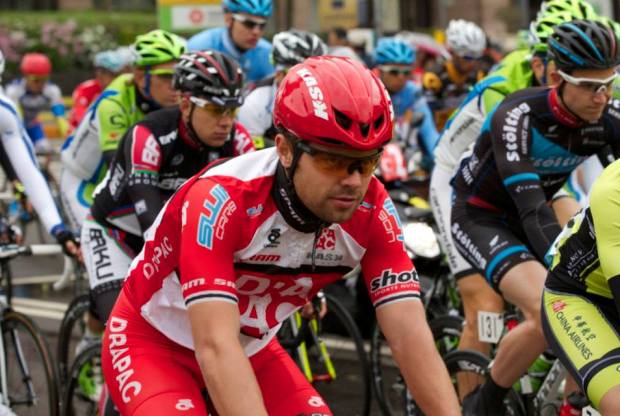