Drapac Professional Cycling is embarking on its ground-breaking 2014 season outfitted by the expertise of Champion System.

The team won its opening race of the year via neo pro Jordan Kerby in the Cycling Australia Under-23 Individual Time Trial on Wednesday and can feel confident, with a big January of racing capped with an inaugural start at the Santos Tour Down Under, that Champion System has performance and design in mind.

“Champion System were the first partner to confirm their continuation with the team when we decided to apply a Professional Continental Licence,” he said. “Technically their garments are cutting edge and one example of this is the new Speedsuit which Jordan used to win the U23 National TT and was most probably the difference between first and second.

“The willingness of Champion System to continually improve products and develop new garments based on the feedback from the team is invaluable to us and the consumer.”

“When Drapac told us they were stepping up to Pro-Conti we were excited to be able to take the next step with them and for the team that meant going to our pro level garments that we supply to Lampre Merida,” he said. “The team is now kitted out in arguably the most technically advanced garments in the pro peloton and the best thing about that, is the same garments can be brought in any design by anyone in Australia … it’s a great way to showcase what we do”

Among some of the Drapac Pro Cycling, Champion System range:

Razor Carbon Jersey
The already-popular Razor Lite jersey has been bettered with even more technical fabrics. The sleeves are made from exclusive CS Carbon lycra fabric which is breathable and offers compression for a tight-fit “euro” look. The front of the jersey utilizes the new CS Dimple fabric which is tight fitting and highly ventilated at the same time. The side panel and underarm panel are made from CS TechMesh fabric while the back of the jersey is made from the popular CS AirLite fabric to provide SPF 50+ sun protection where you need it most. That’s a total of four different fabrics, each designed to maximize performance. The hem of the jersey is fitted with a CS silicone gripper to help keep the jersey in place in all conditions.

Razor Carbon Bib Shorts
The crown jewel of the Champion System line and is designed for serious cyclists looking for the ultimate performance edge. The Razor Carbon Bib Short features separate leg bands and are laser cut at the bottom. Made from CS Carbon fabric. This specification allows higher levels of compression over the leg muscles along with increased thermoregulation properties. Traditional elastic grippers have been replaced by exclusive silicon-injected gripper.

Rear Zip Speed Suit
A truly high end, technical performance garment, designed in conjunction with the Lampre-Merida Pro Cycling Team and has been extensively wind tunnel tested. Designed specifically for the elite time trialist or track rider looking for the extra couple of percent against the clock. 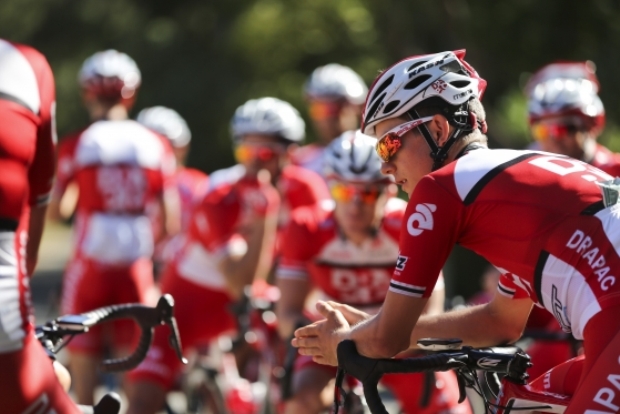