Drapac Professional Cycling to make US debut in Philadelphia

Now with a quarter of a century of success and innovation in property investment, the Drapac Group’s business is primarily focused on a reinvigorated American market with Drapac Group USA which was established in 2010. It is in this resurgent property environment and with the cycling team producing consistent performances from Australia, Turkey, Azerbaijan and Japan that Drapac’s two worlds finally collide in Philadelphia on June 1, 2014.

“We have significantly grown our business since its inception in 2010, establishing ourselves in all our markets across the US,” said Drapac Group USA’s Chief Operating Officer, Costa Alexiou. “It’s now very exciting to see Drapac Professional Cycling arrive in America – and now we can show that both sport and property play a critical role in developing communities and social responsibilities in the US.

“As we build communities we have always defined success as so much more than just financial results – we are very proud to stand by a team that has also redefined what success means in sport. Watching the cycling team compete in the biggest one day race in the US will be a very special day.”

Cycling team Directeur Sportif, Henk Vogels, became the first Australian to win the Philly Cycling Classic in 2000. While there has been changes made to the parcours since, Vogels maintains that ‘Philly’ stands alone.

“The year that I won it I believe there was a couple of hundred thousand spectators – which is pretty amazing for a bike race in any place,” he said.

“It’s not just your standard race, it really means something.”

The 2014 Parx City Philly Cycling Classic begins at 12pm local time, June 1 (0200 AEST June 2) and can be viewed via live streaming from the event website: https://www.phillycyclingclassic.org/media.php 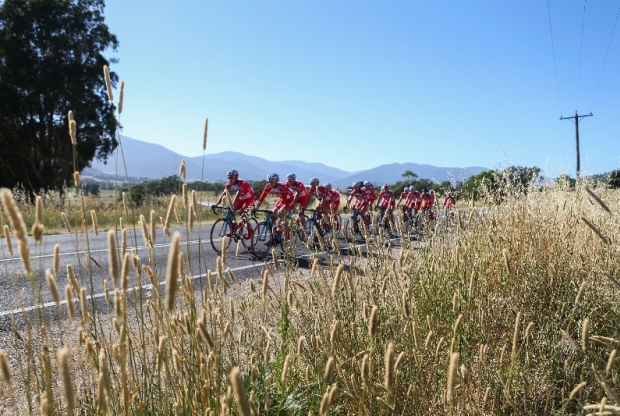 Drapac Professional Cycling – ready for the biggest one-day race in the US. © Mark Gunter