Drapac Professional Cycling continues its US campaign next week at the USA Pro Challenge in Colorado, with the Australian outfit primed following an impressive debut performance in Utah.

The UCI 2.HC event runs August 18-24 and covers 845 kilometres across the seven stages in its fourth edition. Drapac Professional Cycling will be the sole team representing the Oceania region and one of seven teams competing at the race for the very first time.

Lachlan Norris returns to the squad following his top-10 overall finish at the Tour of Utah and he will be joined by Jonathan Cantwell, Jai Crawford, reigning Australian Under-23 time trial champion Jordan Kerby, Darren Lapthorne, Adam Phelan, Bernard Sulzberger and Wes Sulzberger.

Drapac’s Director of Performance Keith Flory said there was some promising signs for the team out of Utah:

“The USA Pro Challenge is a very different race, with the TT being more of a decisive factor in the tour,” he explained. “But off the back of a very good tour, I think we’re positioned well for another strong showing in Colorado.”

Directeur Sportif, Henk Vogels who will take the squad to the USA Pro Challenge, said Utah augers well for the week ahead.

“All the boys rode well and there was a bit of sickness that we had to contend with. It looks as though we’ve got a couple of riders that can punch on with some of the best climbers in the world, so I’m looking forward to getting over there and getting amongst it.”

Cantwell joins the squad having been sleeping and training at altitude at home in Melbourne with Vogels confident the sprinter can perform on the days decided by a bunch sprint.

“Jonny’s very excited and he has well and truly prepared,” he said.

The USA Pro Challenge features a mountain-top finish on Monarch Mountain for the first time on day three, a stage of 154.9km. Vogels believes that it could provide some real highlights for the team but should not be over-estimated.

“The way that Lachie Norris is climbing I’m confident that he can actually get better, especially after doing Utah, recovering for a week and then going on to Colorado,” he said.

“We’ll have a lot of different approaches for this race and we’ll be very active as we were every day at Utah.”

“I think that’s a bit of a weapon for us,” Vogels said of the stage which is made up of a steady climb over the 16.1km course. “I don’t want to harp on about it and put too much pressure on Lachie but he is a fantastic time triallist and if he is in touch with some of the leaders I think for us it will be a real advantage.”

Norris finished third in the Oceania Championship earlier this year.

“I know Lachie’s been preparing for time trials all year and he’s very comfortable on his Swift Neurogen machine so for us, it adds another dimension to the race because he’s climbing well,” concluded Vogels. 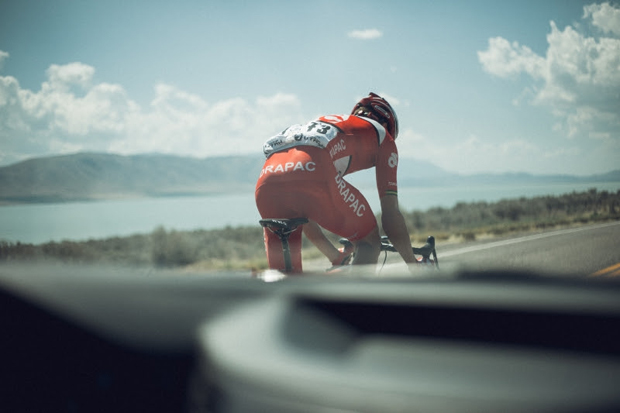 Darren Lapthorne in action at the Tour of Utah. © Andy Bokanev