Drapac Professional Cycling will send an ambitious line-up to the second round of the 2014 National Road Series (NRS), the four-stage Jarvis Subaru Adelaide Tour which begins this Thursday.

Taking to the start line will be Jack Anderson, Jai Crawford, Ben Johnson and Lachie Norris – all backing up from the Tour de Perth – while Jonathan Cantwell and Bernie Sulzberger return from the winning OCBC Singapore Criterium squad. Meantime the South Australian event will mark the first NRS races of Darren Lapthorne and Wes Sulzberger this year.

The team is hopeful that the short turn-around between NRS races will work in their favour with Perth providing a solid platform for the racing ahead.

“The boys rode really well last week,” said Directeur Sportif Agostino Giramondo. “They had all the other teams under the pump for most of the race but at the end of the day I don’t think the length of the race suited us – it was a little bit too short. When you get races that are too short, you virtually find that 80 per cent of the field is very competitive and the top 10 or 20 per cent of the field is ultra-competitive.”

Norris agreed, taking time out on Monday in Adelaide following the trip from Perth over the weekend.

“The training that I’ve done over the last month or so has been really solid and then going into the race in Perth, over the first few days I wasn’t as good but was better by the end,” he explained. “I needed a few days of racing and I think I’ll be in good shape for Adelaide on Thursday.”

The agenda for the race will be set on the opening stage with the Corkscrew Road climb providing an exciting conclusion to the first day of racing. Drapac is then expecting the 156km second stage to have a big say in the outcome of the race.

“If you can have a good result on the Corkscrew and have a 20-30 second advantage, the next stage is one of those stages we’re hoping we can excel in with 156km around Woodside,” Giramondo explained. “That’s the one where if we can set up our trump card on the first day and then have a good hard solid day on the Friday, then that’s the Tour. Saturday’s virtually a criterium and Sunday’s a kermesse.”

Along with Will Clarke’s opening stage criterium win in Perth, Travis Meyer earned the team a runner-up placing on Stage 2 and fourth overall. The result far from deterred Drapac, with Norris saying that the event will go down as a learning experience.

“We just have to be a bit more creative and use our power more wisely and hopefully we can put that into the shorter stages,” he said. “In Adelaide there are some longer stages, which is great, and I think it will be good for the team.

“We certainly had our work cut out for us in Perth and I think it will be the same in Adelaide,” Norris continued. “There are a lot of strong riders in Australia now. For me, it gave me a bit more motivation having gone to that tour and seeing the standard. Now I know what needs to be done so I’m a bit more excited about Adelaide and hopefully doing well here.” 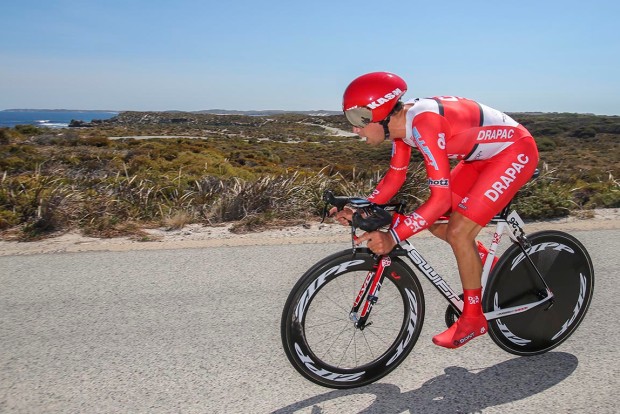