Irish Under 23 national road champion Eddie Dunbar will be sidelined for at least a month after crashing and breaking his right collarbone Wednesday while training.

The accident happened to the Axeon Hagens Berman Cycling Team rider about 60 kilometers from his home in Banteer, Ireland, while he was motor pacing.

“I went around the corner and the side of the road was not in the best condition,” Dunbar said. “I managed to keep control of my bike, but I hit a metal guardrail and went flying over the handlebars.” 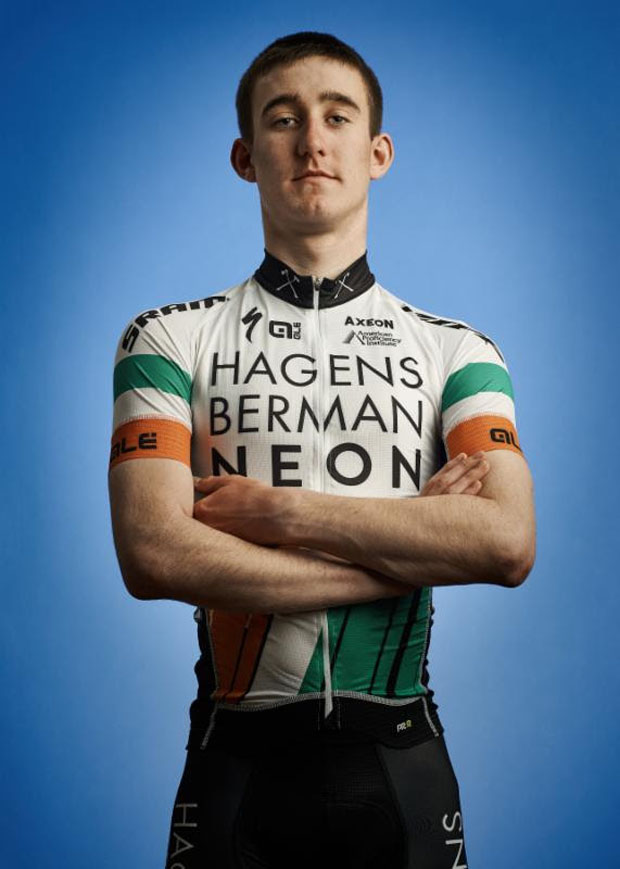 Dunbar said he knew as soon as he landed, he knew he had broken his collarbone. The incident comes nearly a year after he broke his left collarbone in a crash at the Tour de Yorkshire.

“It happened so quickly. Kind of in the blink of an eye,” he said of Wednesday’s crash. “I was very lucky. I was probably going 50 or 60 kilometers an hour. It could have been a lot worse, especially if there had been a car coming on the other side of the road.”

Axeon Hagens Berman General Manager Axel Merckx said Dunbar will undergo surgery later this week and could be back on his Specialized S-Works Tarmac on a trainer about a week after that.

“He should be able to start racing again about a month from now,” Merckx said. “For sure it is a big loss. I know he was targeting the Amgen Tour of California in a big way. It’s one of the reasons guys come to this team, to do those big races.”

Already this season, Dunbar helped win the team classification at the Volta ao Alentejo in Portugal and he was part of the team this past Saturday as Logan Owen won the Under 23 edition of Liège-Bastogne-Liège.

“Breaking his collarbone is very unfortunate,” Merckx said. “But we have many more races coming after this and he should be able to get some results for himself. We have a strong team so I know we have a bunch of guys who can step up. But I am disappointed for him because I know he has been putting in a lot of training.” 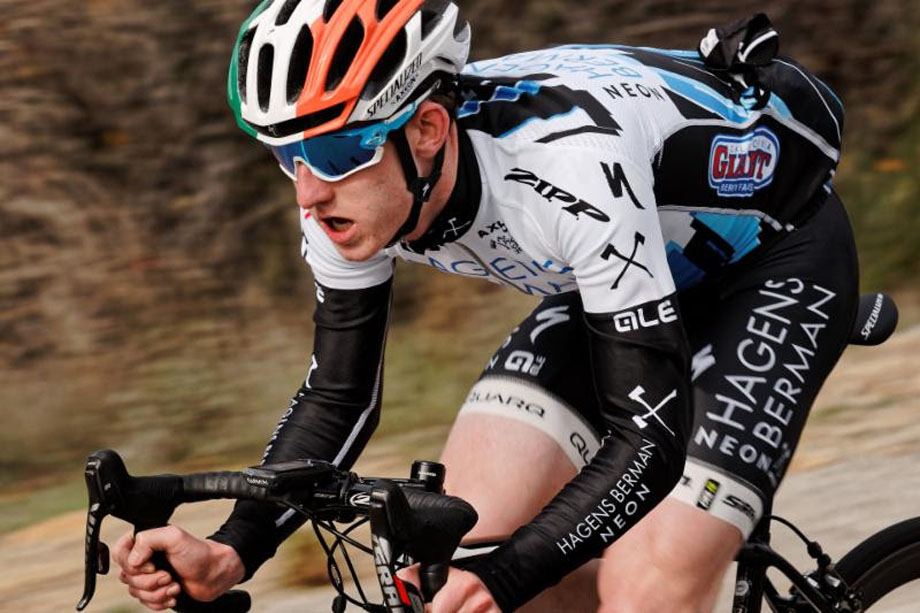 A broken right collarbone will keep Eddie Dunbar out of the Amgen Tour of California. (Davey Wilson photo.)

Gilbert Ruled Out of Liège-Bastogne-Liège