Dunbar was part of the day’s breakaway that did not establish itself until more than 70 of the 171.3 kilometers had been covered. The Irish Under 23 national time trial champion and two other escapees were reeled in five kilometers from the finish – the same distance from where he was brought back from a two-man breakaway on Wednesday’s opening stage. 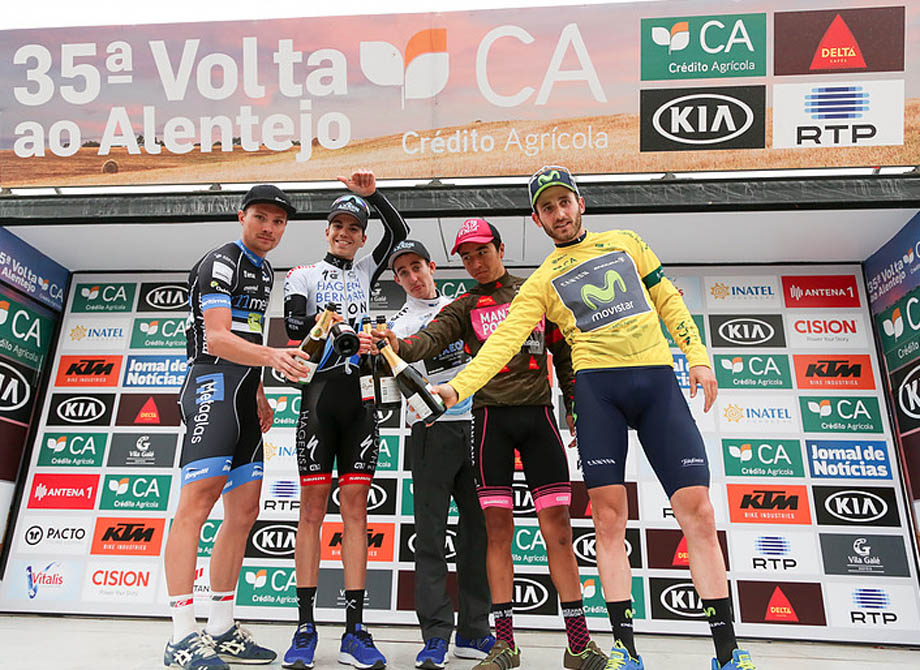 “I am trying to give myself the best opportunity to get a result,” Dunbar said. “The courses are pretty flat for the next few days and I am hoping the wind will be a decisive factor. I went for a few time bonuses, but did not expect to get in a breakaway for 80 kilometers. I managed to get a couple seconds that moved me up to fifth, so that was good. At one point, I asked about sitting up to save my energy but my sport director (Koos Moerenhout) said you never know how it will go. So I stayed up there.”

Aggressive Racing
Dunbar was not the only Axeon Hagens Berman rider on the attack Wednesday. Logan Owen, who finished 15th, was in a group of nine that enjoyed a bit of freedom. Eventually, the breakaway became 19 and included teammates Will Barta and Lawless. That escape was also chased down before Dunbar’s group of four took off, eventually to became three when one of them dropped back.

“It was quite an aggressive race,” Moerenhout said. “The break was constantly going and coming back. In the final, we were working for Chris, but Logan and Ivo lost him in the final roundabout. But Chris was still really fast. That is a good sign for the days ahead.”

Lawless said his presence in two breakaways was unusual on a day when he knew the team would be working for him.

“But they were big groups, so I was being cautious,” the British national criterium champion said. “It looked like one of the moves could stay away but eventually it all came back. The boys looked after me well all day, so today was good.”

Chaotic Finish
Oliveira, who joined Dunbar on the podium as “best Portuguese rider” of the day, said he was doing his best to help Lawless in a technical run-in that included two roundabouts in the last kilometer.

“I am happy for my result, but even happier how the team worked today,” he said. “They did an excellent job so Logan and I could help Chris for the win. Unfortunately he lost my wheel on the last roundabout, but he still managed to do an awesome sprint and get fifth.”

Lawless said the final was “chaos” and different from what he is used to.

“We started our lead out quite early – probably about 10 kilometers out – so the boys were in the wind for a long time,” he said. “Usually teams don’t try to knock you off your own train. But here, everyone seemed to be getting in our line. At the finish, I felt pretty quick, but the finish line just came too early. I wish I could have finished it off better. Hopefully, there were will be more opportunities.”