Following a successful 2014 season, Team TIBCO/To the Top is beginning to look ahead to 2015 and beyond with the addition of Ed Beamon as General Manager and Sports Director.

Beamon, a UCI-certified Directeur Sportif, is one of the most experienced race directors and team managers in North America. He managed the longest-running men’s cycling team in North America, the Navigators Insurance pro squad, which started in 1994 and ran for 14 seasons, participating in numerous major races internationally. He also managed the highly successful TEAm Lipton Women’s Pro Cycling Team in 2006-2007.

“I’m excited to officially take on these roles with Team TIBCO,” Beamon said. “Linda Jackson started the Team with the same mission we had with Navigators: to develop new talent and give more opportunities to riders from North America and around the world at the highest levels of competition.

“I am looking forward to this new and exciting opportunity and the chance to work in women’s pro cycling again. Team TIBCO has consistently been one of the best teams in America and the World for the last decade and has had a remarkable record of shepherding some of the top names in the women’s peloton. Women’s cycling is growing at a remarkable rate and I’m anxious to be a part of it and help the TIBCO women achieve success.”

Beamon’s responsibilities will include helping to build the 2015 roster, planning out race schedules and directing the team.

“Ed is a tremendously experienced director, and the team thrived under his leadership at Cascade,” Team TIBCO founder and manager Linda Jackson said. “He’s directed at every major race in North America, and he’s very familiar with the races we will likely do in Europe in 2015. He shares our goal of building a team that can succeed internationally, and developing riders to reach their full potential, with an eye toward the Olympics in Rio in 2016.” 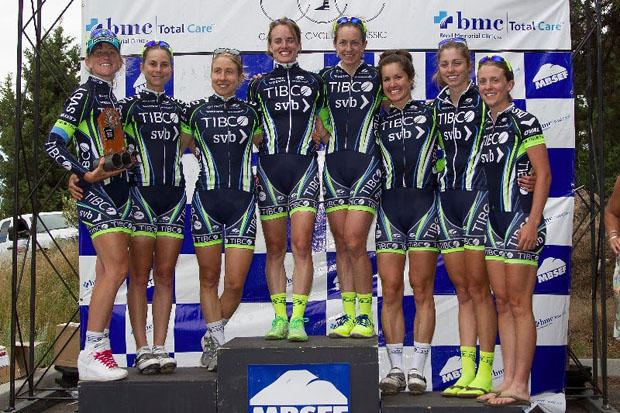 Ed Beamon guest-direccted Team TIBCO to the individual and team overall titles at the 2014 Cascade Classic. He officially joins the team as General Manager and Sports Director for 2015. Photo by Jonathan Devich, Epic Images