Podium again for LAMPRE-MERIDA in Tour of Qinghai Lake, thanks to the 3rd place by Maximiliano Richeze in the 11th stage, Yinchuan-Yinchuan (123 km).

The race, that took place on a course without difficult climbs, ended in bunch sprint that was won by Modolo on Benfatto and Richeze: long sprint, in which Modolo anticipated his move and Richeze tried to recover.
Fifth place for Palini.

“The team supported me properly, we can avoid to get stuck in the small groups that were on late in the final part of the stage – Richeze (in photo, with friends from Merida) explained – Modolo set a long sprint, I tried to be on his stream but, also because of an error, I could not recover him”.

In LAMPRE-MERIDA’s balance in China there are three second places, three third positions, one fourth place and two fifth position. 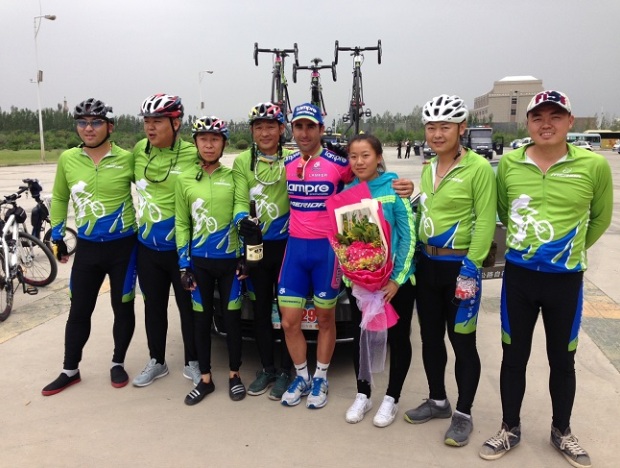 RENSON in the Tour de France