Riding with the Swedish National Team, Emma Johansson won Cholet Pays de Loire on Sunday, securing back-to-back victories in the French one day race. The win is Johansson’s third in Cholet, making her the first women to attain the hat trick.

“It’s never easy to come back as a favourite,” said Johansson. “Everyone is looking to you, so it’s harder to win. It’s really nice to come back and repeat. I’m pleased with the way the race unfolded. It played the way we wanted. It was a good day for the team.”

“It was really good to race with the Swedish National Team,” Johansson added. “We don’t have many chances to race together during the year. It’s become somewhat of a tradition to race together here, and I like that.”

Johansson was part of an 11 rider breakaway that solidified on the last of four hilly circuit laps. In the move with her Swedish National Team teammate Sara Mustonen, Johansson was confident in her team’s chances.

“We had two in the group, and both of us felt quite good,” said Johansson. “I was stronger in the hills, and I knew I had to cover everything to make a good attempt to win again.”

“Elisa and I got away together on the last hill,” Johansson explained. “We just managed to stay away. I won and Elisa ended up third. Jolien d’Hoore (Lotto Belisol) was second from the chase group – that’s how close they were to us in the end.” 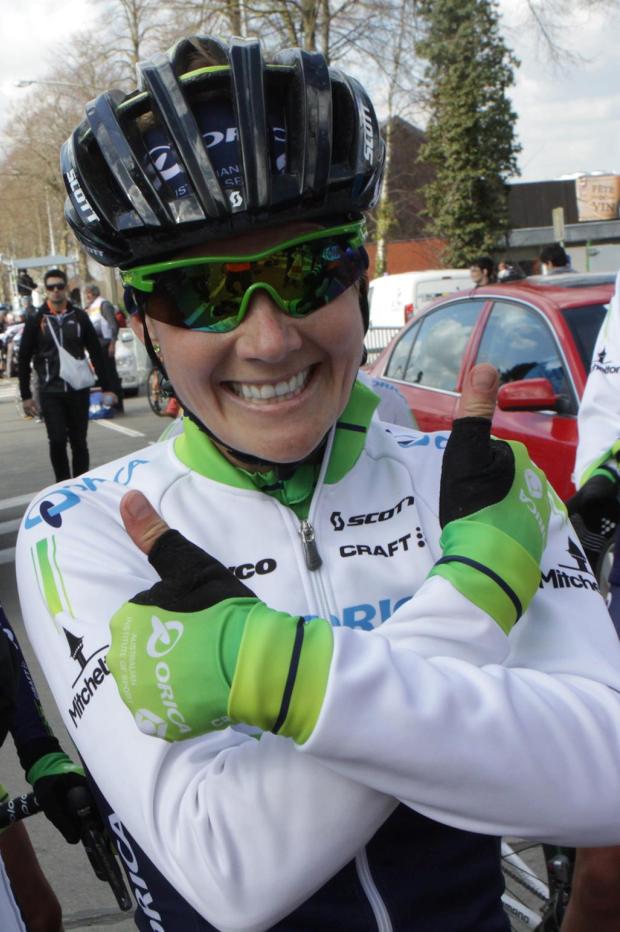