After wearing the yellow jersey from start to finish at Thüringen Rundfahrt, it was a bit of déjà vu for Emma Johansson at the Route de France. The Swede won the prologue that marks the start of the eight day tour to don the first leader’s jersey at the seventh edition of the French race.

“It was a good ride,” said Johansson. “Of course, I’m happy. This is a much different race than Thüringen because there are not bonus seconds at the intermediate sprints or at the finish. It makes the racing less stressful and less aggressive. The big sprinters have more of a chance for stage wins here.”

Johansson’s winning time of 5’07.93 was less than one second faster than Linda Villumsen (Wiggle Honda) in second. Amy Pieters (Argos-Shimano) was third in 5’09.27. ORICA-AIS put four riders in the top 13, all within 10” of their race leading teammate.

“Everyone rode full gas today,” said Sport Director Dave McPartland. “I’m not surprised with how well they went. With Emma’s form, we suspected she could win. The overall is the goal, but we’ve got many more cards this week than just Emma.”

Johansson focused on the cobbled sections of the technical 3.3km course. The profile of the prologue belied its difficulties.

“The prologue was a lot more technical than it looked on paper,” McPartland said. “We saw it this morning for the first time – and it was a pretty rude shock. The early morning ride helped prepare the girls for the effort.”

“I honestly don’t remember much because it’s so short of an effort,” Johansson added. “It was almost over as quickly as I started. It was very fast. I remembered to bring up my speed before each of the three cobbled sections: at the start, on the little hill and in the last 150m. I was focused on that, but otherwise it was just full gas. That’s all you can do with a prologue; go as hard as you can.”

Although Johansson managed to keep the race leader’s jersey with strong team support throughout the entirety of Thüringen Rundfahart, she realises it’s a big ask to repeat the feat in France.

“We’ll take it day by day,” Johansson explained. “The hardest stages come at the end. I’m pretty sure tomorrow will be a sprint. The stage ends with a technical circuit, and it’s important to stay in front on those four laps at the end. As long as the race stays together, I should be able to keep out of trouble and stay in yellow for the next few days.” 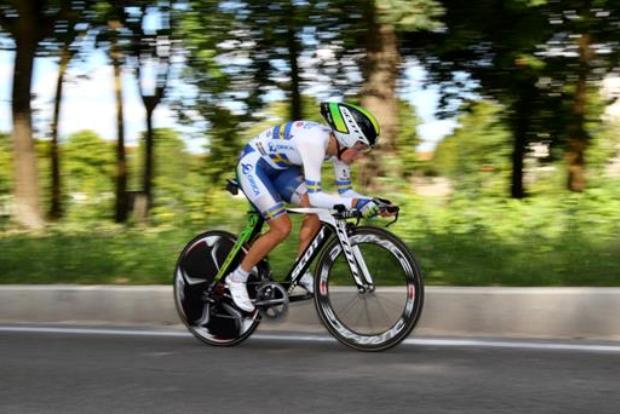