Groundbreaking global talent ID program back for a third year with more incentives than ever before
Zwift, the global online training platform for cyclists, today launches year three of Zwift Academy, its groundbreaking mass participation training and talent ID program. Again for 2018, two professional contracts are up for grabs with Women’s World Tour team, CANYON//SRAM Racing and the U23 Men’s Team Dimension Data for Qhubeka Continental Team. 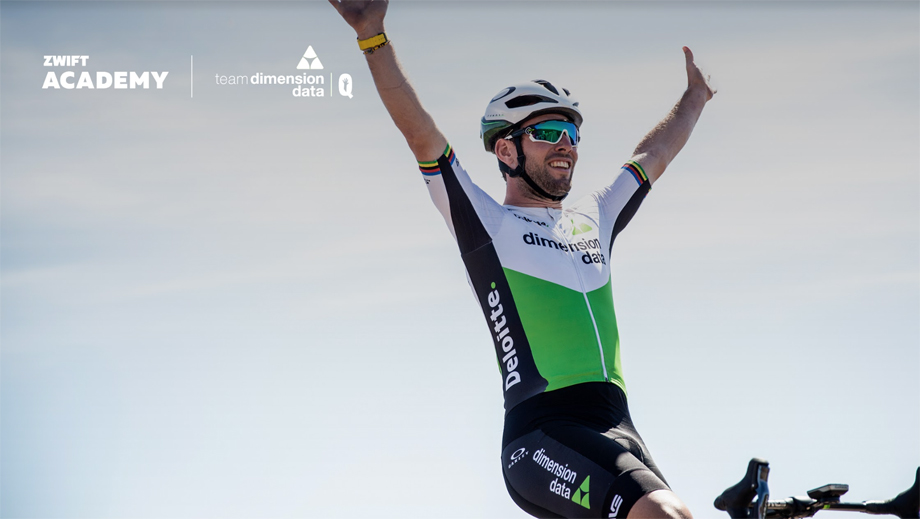 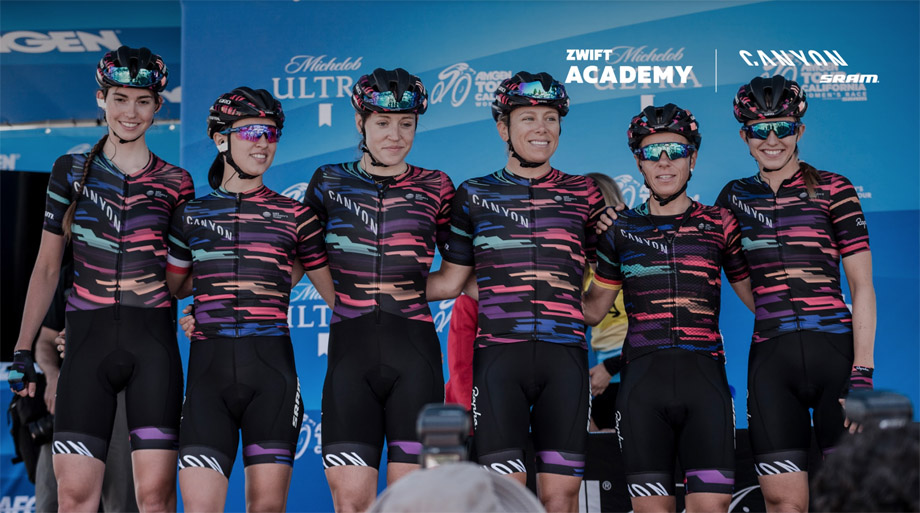 “I still think back to that moment my name was called out at the finals and it gives me goosebumps.” says last year’s winner, Tanja Erath of CANYON//SRAM Racing. “It’s been a big learning curve from moving to my new home in Girona, to racing in the World Tour peloton, but I’m really enjoying settling into my first year as a professional cyclist.”

While the contracts on offer are of obvious appeal to budding professional cyclists worldwide, the Zwift Academy program also presents a great opportunity to the professional teams themselves. This new and non-conventional means of unearthing hidden talent has already proven a success for CANYON//SRAM Racing as 2016 winner, Leah Thorvilson, had her contract extended for the 2018 season. 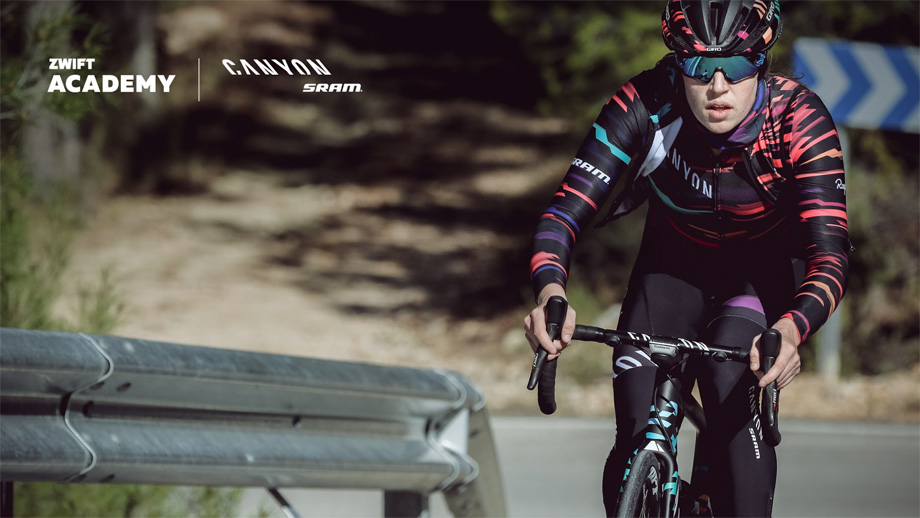 “This is the third year that we will be involved with the Zwift Academy.” says Beth Duryea, CANYON//SRAM Team Manager. “It’s a credible talent ID program that’s helped us discover some exciting new talent in both Leah and Tanja. Leah is now in her second year with our team having proven herself in her first season. Tanja has already adapted very quickly with a notably strong performance at the Women’s Tour de Yorkshire. I’m excited to see who we might unearth next!” 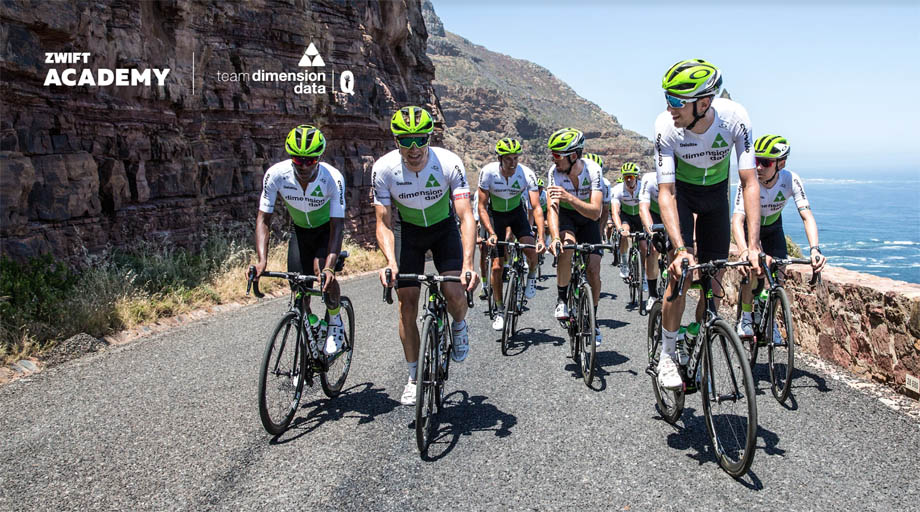 “The Zwift Academy really brings the community together, sharing their experiences.” says 2017 Men’s Winner, Ollie Jones. “During the Academy last year, I was in the Facebook groups a lot and it was great to see the interaction between people there. Obviously, I was in it to win, but for many it’s a great way to share an experience and improve overall fitness. It’s a great challenge for people of all abilities.” 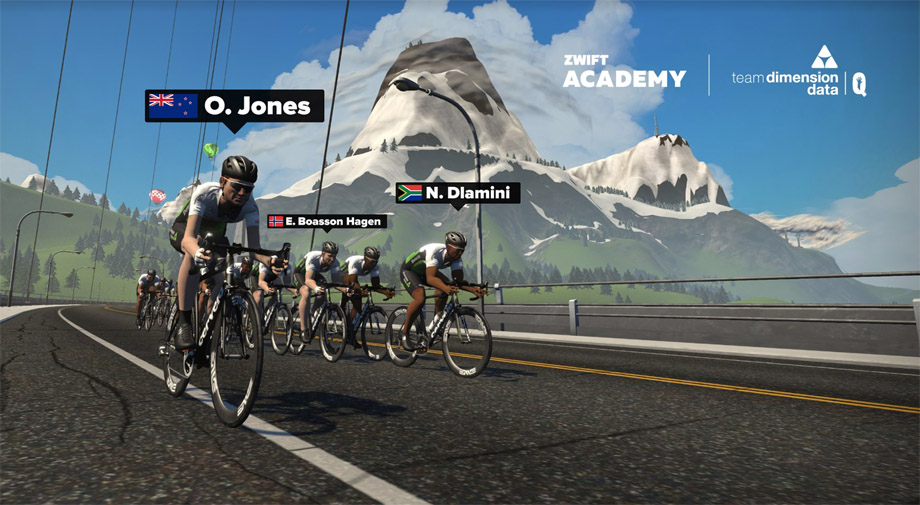 New for 2018, the Zwift Academy will offer a series of four unlocks, encouraging Zwifters to finish as much of the Academy as possible on their way to graduation. Unlocks come after completing each quarter of the series with both in game and real life rewards up for grabs. 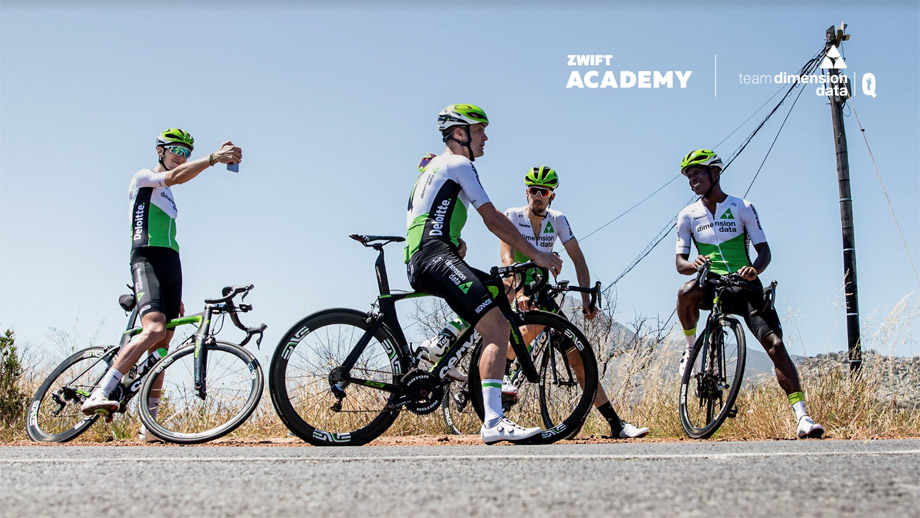 “We want to see as many people graduate the Zwift Academy as possible.” says Eric Min, Zwift CEO and Co-Founder. “Unfortunately I can’t win a pro contract, but I will be taking part and am keen to see how my FTP improves again this year. As an extra incentive for people to complete the program, we will be donating one Qhubeka bike for every 10 graduates of the Men’s Zwift Academy to support the Team Dimension Data for Qhubeka cause. It’s a fantastic program that helps deliver better transport to remote areas of Africa. Get enrolled, get fitter and help a worthy cause in the process!” 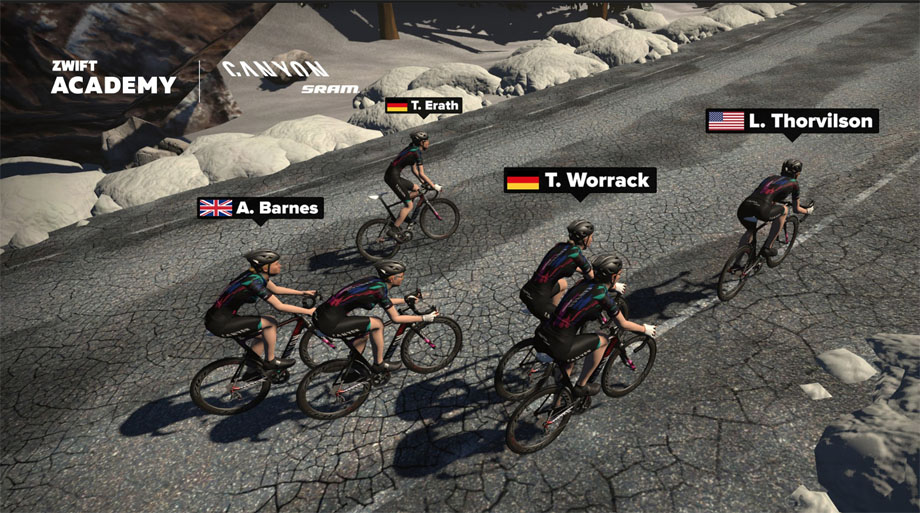 Registrations for the 2018 Zwift Academy are now open. This year, all riders will be offered free premium access to Today’s Plan for the duration of the Zwift Academy. In addition to getting the full suite of tools and analytics of Today’s Plan, a new feature will let Zwifters see how they stack up against their age group and the overall competition. From August 6th, those registered for the Zwift Academy program must aim to complete a series of 10 workouts, 4 group rides and 2 races. is made up of will start on August 6. 20 semi finalists (10 women, 10 men) will be unveiled in early October.

To register for the Zwift Academy program, head to www.zwift.com/academy.

About Zwift
Zwift is the fitness company born from gaming. We’re dedicated fitness enthusiasts that also happen to be experienced software and video game developers. Combining that passion and deep understanding of the fitness world, Zwift is the first company to use massive multiplayer gaming technology to bring the outdoor experience indoors. Athletes from around the globe can train and compete with each other in rich, 3D-generated worlds simply by connecting their existing devices & hardware (e.g. cycle trainers, power meters, treadmills, heart rate monitors, etc) wirelessly via open industry standard ANT+ and BLE. From friendly competition, to racing & structured training programs, Zwift is building a community of like-minded athletes united in the pursuit of a better social fitness experience.