Erica Allar put on a masterful display of tactical savvy and speed to claim the Criterium National Championship in Louisville, Kentucky. Emma White crossed the line in sixth to finish second in the U-23 category. Allar’s win was the team’s eighth national title in the last nine days, while Eric Young’s second-place in the men’s race brought Rally Cycling’s nationals podium count to eight. 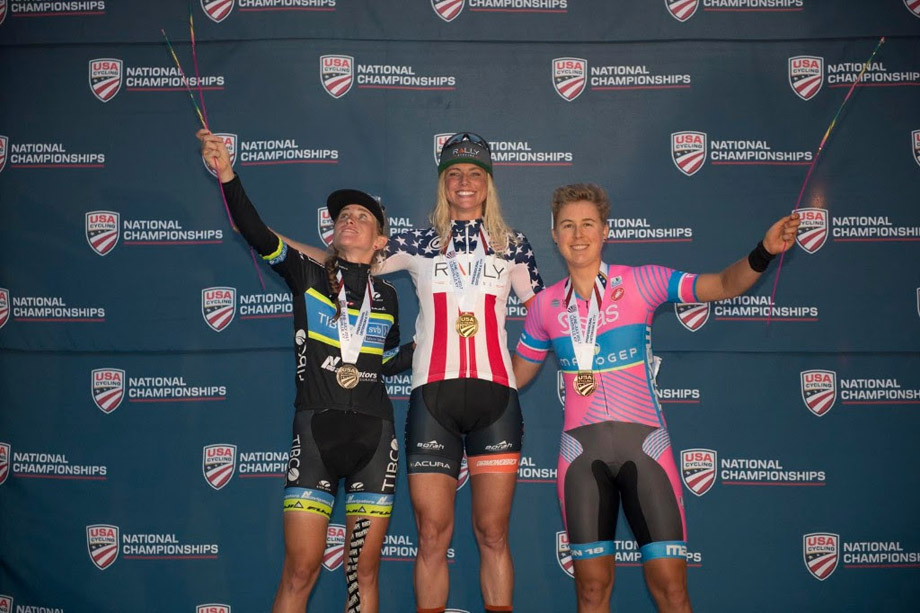 “This title is quite special,” said Allar. “It’s my first Elite criterium championship. I wouldn’t have guessed that it would have been from a breakaway, but am so pleased. Lauren (Stephens) has been riding very well so to find myself off the front with her with 18 laps to go was not something we had expected. I knew if I rode it well, played it smart, I could win the sprint. I cannot wait to line up in the Rally Cycling National Championship kit. It’s been a long time coming and such an honor to wear the stars and stripes.”

Rally Cycling dominated the race with Amy Benner covering the first couple of moves before Erica Allar, and Lauren Stephens (TIBCO-Silicon Valley Bank) rode away from the peloton. The duo quickly established a 20-second gap. With Allar out front, Benner, White, Megan Heath, Caitlin Laroche and Monica Volk took up position at the front of the race. The only rider to escape the grasp of the Rally Cycling led pack was Irena Ossola (SAS-MACOGEP) who spent most of the race chasing the lead duo alone.

A crash with five laps to go resulted in turmoil and neutralization of the race. After letting the legs cool, the riders restarted facing a brutal five lap sprint to the line. Allar and Stephens wasted little time and expanded their lead to 45 seconds with just three laps to go. Knowing the power of Allar’s finishing kick, Stephens refused to pull through in the closing kilometers, and Allar dropped the pace. The game of cat and mouse allowed Ossola to catch them on the final lap, and she wasted no time in launching a strong counterattack. Allar was quick to respond and was able to use the move to launch her sprint and take the stars and stripes. 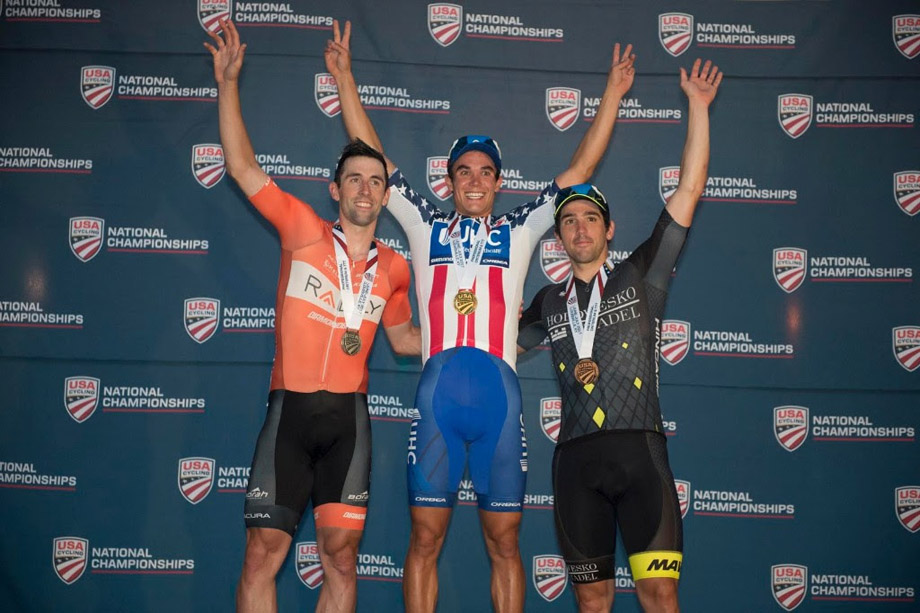 In the men’s race, Brandon McNulty put on an impressive show of strength. Two days after winning the U-23 time trial title, McNulty attacked early and went away solo. After several laps alone out front, Ben Wolfe (Jelly Belly) successfully bridged, and the duo would stay away for almost the remainder of the race. With four laps remaining, Wolfe cracked, leaving McNulty alone out front to hold off the chasing peloton. Instead of surrendering, McNulty charged ahead and it wasn’t until the line was insight on the penultimate lap that the diminished pack was able to reel in the 19-year-old. The final lap was a chaotic run for the line that saw Travis McCabe (UnitedHealthcare) take the win. Two-time National Criterium Champion Eric Young crossed the line in second.

“We tried and came close,” said Young. “I’m a bit disappointed to only come away with second, but Travis is a well deserving champion. The ride of the day came from Brandon. It took the combined forces of UHC, Holowesko and Cylance to bring him back. It allowed us to sit in for the sprint, but in the finale, Travis was just faster.” 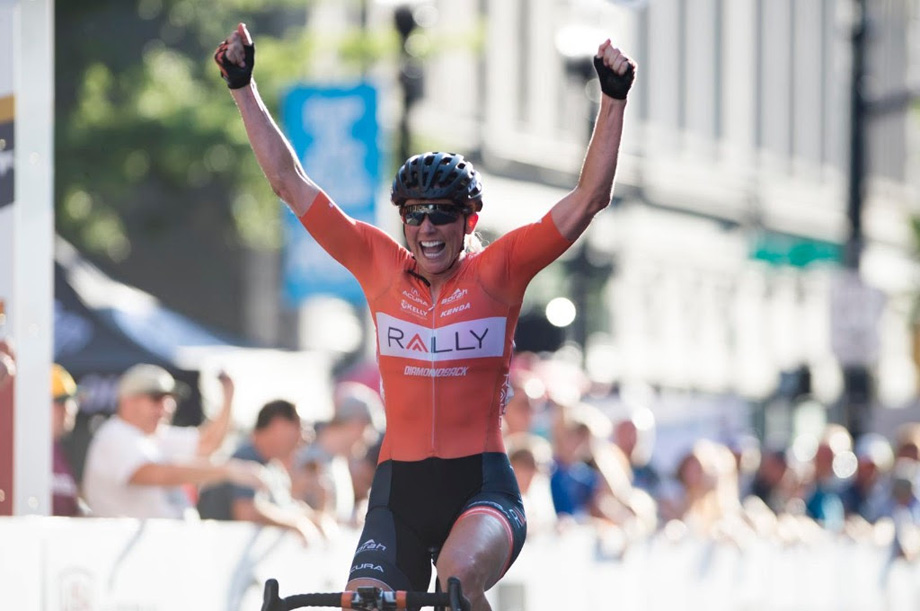