RusVelo team rider Artur Ershov won stage four of GP Udmurtskaya Pravda and took over the leader’s jersey from his teammate Timofey Kritskiy, who was one the first to congratulate him after the finish. 139.8 km-long demanding course was splitting the peloton all the time; the escape of the day, with nineteen riders in it, went away just a few kilometers into the stage. RusVelo team delegated two riders in it, Ershov and Sergey Klimov. The pack never chased the escape down, and Artur won the sprint in the leading group. Sergey Klimov also went up in the general standings, placing second, 39 seconds down on Ershov. The Ukrainian Yuri Agarkov (ISD) rounds up the top-3, 57 behind the leader. RusVelo remains in the lead of the team standings and in the KOM nomination (Ivan Balykin). 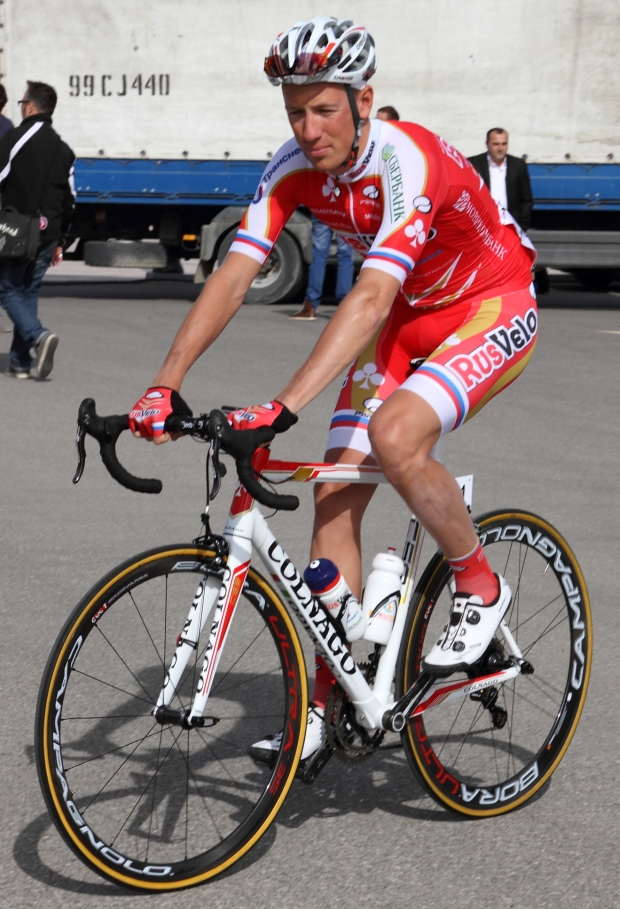 RusVelo DS Alexander Efimkin said:
“The guys sometimes make the impossible possible. To work so hard in the breakaway and still win a stage – it’s not so easy, is it? The job done in the escape by Sergey Klimov is hard to overestimate, it was him who used all his class and experience to organize the perfect collaboration of the escapees; no matter how hard Itera-Katusha chased in the peloton, they never came close to catching them. Artur had a chance to take some breath when his teammate pulled hard in front, and then showed his sprinting skills we’ve never put in doubt. I’d like to thank every RusVelo rider, no matter how noticeable their work was, everybody does his best these days.” 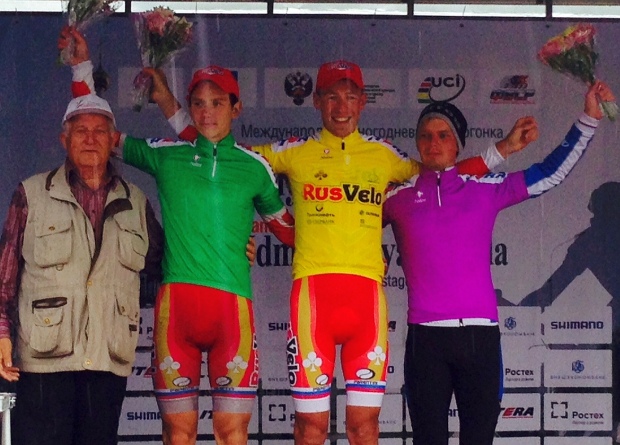 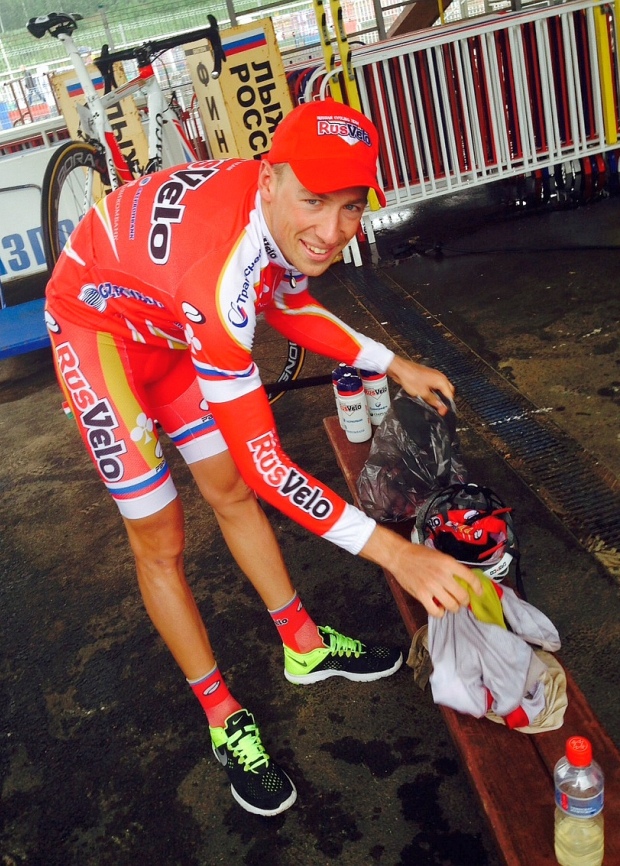