Colombian climber Esteban Chaves will join ORICA-GreenEDGE on a two-year contract that begins next season. The 23-year-old is the sixth newcomer announced for the Australian outfit’s third season.

“I would like to thank ORICA-GreenEDGE for their faith in me,” said Chaves. “I am very happy to a be a part of the team for the coming seasons. This is a great opportunity for me and a dream come true after a very difficult year.”

Chaves make a leap to the WorldTour after consistent performances in Europe while racing for Professional Continental squad Colombia. The highly rated climber won Tour de l’Avenir in 2011 and took his first professional victory with a stage win at Vuelta a Burgos the following year.

“I have been involved in cycling for the last ten years, which is thanks to my father, who is a big sports fan,” Chaves said. “The last three years of my career have been very important. I have been able to compete at the highest level and I have learnt some small things, but I obviously still have a lot to learn.”

“The biggest moments in my career have been the overall win at Tour de l’Avenir and my first win as a professional on the mountain stage of Vuelta Burgos,” continued Chaves. “I feel the win in Burgos was the most important. It filled me with emotion to take such a fine win after a difficult start to the season.”

“The first time I saw Esteban race was in the Tour de l’Avenir in 2011,” said Sport Director Neil Stephens, who was integral in signing Chaves. “I knew then that he would be a great talent in the cycling world. It’s a coincidence that I was also present at the Tour of Burgos to watch him win the mountain stage to Laguna de Neila. As soon as I found out we had a chance to sign him, I knew we had to take this opportunity.”

Chaves’ development was disrupted by a serious crash at Trofeo Laigueglia last February. Repeated complications forced Chaves to undergo two surgeries. Recent medical examinations led by the medical team at ORICA-GreenEDGE have now confirmed that Chaves is well on his way to recovery..

“This year has been quite difficult for me,” admitted Chaves. “Perhaps, it has been the most difficult in my sporting career. I thank God, my family, doctors, physiotherapists, friends, trade team and the Colombian Olympic Committee for giving me their support and understanding through such a difficult period. Right from the injury through the surgery in May, my recovery has been very positive. We continue to work very hard, day after day, to be 100% as soon as possible.”

Chaves is part of the resurgence of climbing talent hailing from Colombia. His Tour de l’Avenir titled followed the win by compatriot Nairo Quintano the previous year. He has seen Quintano excel alongside Sergio Henao, Carlos Betancur and Rigoberto Uran. With WorldTour racing concluded for the year, Colombia is ranked third nation in the UCI WorldTour rankings behind only Spain and Italy.

“It is very motivating to see my compatriots achieve such great results,” said Chaves. “In a way, it inspires the thought that I can also achieve great results at that level if I continue to work hard and remain patient.”

While he aspires to follow in the footsteps of his countrymen, Chaves is pragmatic as he discusses his objectives and ambitions with his new team. The goals he has set for himself show that he has carefully considered the challenges he may face as he returns to racing.

“I expect a lot out of the 2014 season,” said Chaves. “My initial objective is to rejoin the peloton and get over any initial nerves from not having raced for quite a while . From there, I hope to continue to gain confidence toward the most important races. Any type of result I achieve along the way will be a bonus.”

“Working with Esteban through his recovery is a challenge for all of us,” said Stephens. “But I’m sure the rewards will more than repay our efforts.” 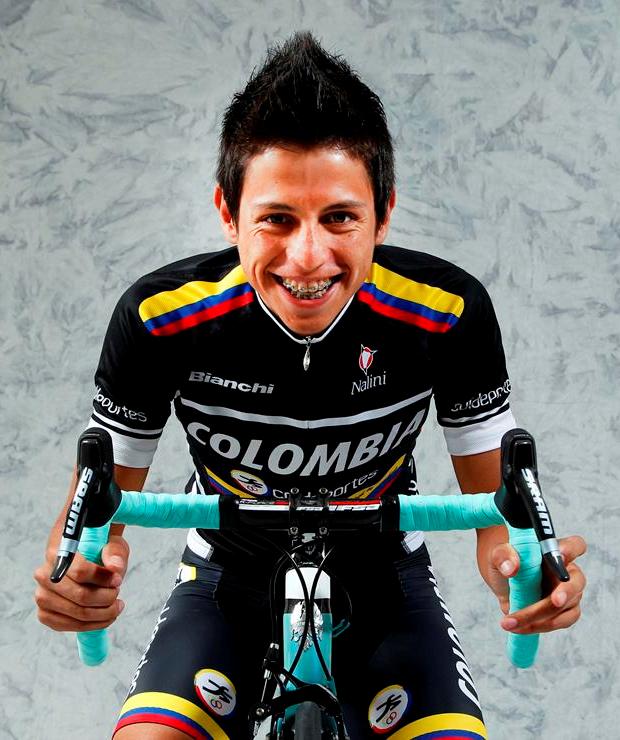