The 50th edition of the race will take place Wednesday, July 20th

Held in the Hainaut province and named after former Paris-Roubaix champion Pino Cerami, who also holds the record for being the oldest winner of a Tour de France stage, the Belgian one-day race is 210.8-km-long and will take place on a course which can be divided into a 171.3km loop and a 13.2-km long circuit, that the peloton is set to cover three times. On paper, the race should come down to a sprint, but it isn’t necessary to be a bunch one, as the climbs on the route – Muur-Kapelmuur, Côte d’Elouges or Côte d’Autreppe – can thin out the peloton before the closing kilometers, in Frameries.

Grand Prix Cerami will be Etixx – Quick-Step’s first one-day race of July, and our team will come to the start in Saint-Ghislain with a well-rounded outfit, capable of adapting to any kind of scenario. Seven-time Monument winner Tom Boonen will make his first appearance in three weeks, after some health problems forced him to take a break following the National Championships. On Wednesday, he will be joined by fellow countrymen Yves Lampaert, Gianni Meersman, Guillaume Van Keirsbulck and Stijn Vandenbergh, David De La Cruz, Giro d’Italia stage winner Matteo Trentin and Niki Terpstra, another rider who will be making his return after being sidelined, due to an injury sustained at ZLM Toer. 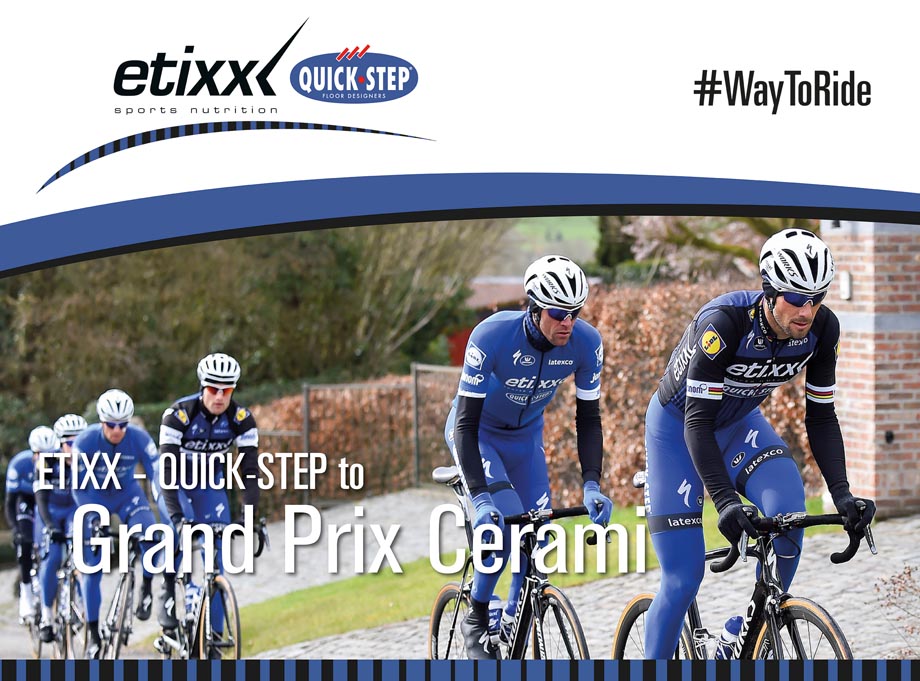