Tom Boonen, Marcel Kittel and Niki Terpstra will headline the team for the Dutch stage race

Taking place between 15-19 June, Ster ZLM Toer will open in Goes with a prologue held on a short and flat course suited to the sprinters, who will have two more stages to their liking in Oss and Boxtel. In between, the peloton will face two days that will take the sting out of the riders’ legs, as the route offers many categorized climbs on which some teams can try and put the sprinters under pressure and split things up. On both stages, a reduced group has the chance of getting away and surviving to the finish, fighting not only for the win, but also for the bonus seconds which can prove crucial in the general classification.

Two of the most decorated riders in the peloton, Tom Boonen and Marcel Kittel will race the five-day event, and if the Belgian comes to the start following a strong display in Sunday’s Ronde van Limburg, which he finished second, for Marcel it will be a good opportunity to test his pre-Tour de France condition after his one month break. Fabio Sabatini – who rode by Kittel’s side in the two stages he’s won at the Giro d’Italia, Dutch champion Niki Terpstra, Nikolas Maes, Davide Martinelli, Gianni Meersman and Guillaume Van Keirsbulck will complete Etixx – Quick-Step’s team for the 30th edition of Ster ZLM Toer.

“For a few years, the course is the same: it starts with a short individual time trial and continues with four stages which should be equally divided between the sprinters and the attackers. The ITT will be very important in the final outcome and we have many riders who can get a good result there – Tom, Marcel and Niki – all of whom proving in the past that they are good in prologues. Of course, we must not forget Niki comes here from the Dauphiné, so we must see how he recovered, while Marcel, who’ll link up with Fabio this week and use the race as build-up for the Tour de France, had a break following his successful Giro. If everything goes well, we hope to get a stage win and have Niki play an important part in the overall classification”, said sport director Tom Steels, who’ll lead the team from the car together with Geert Van Bondt. 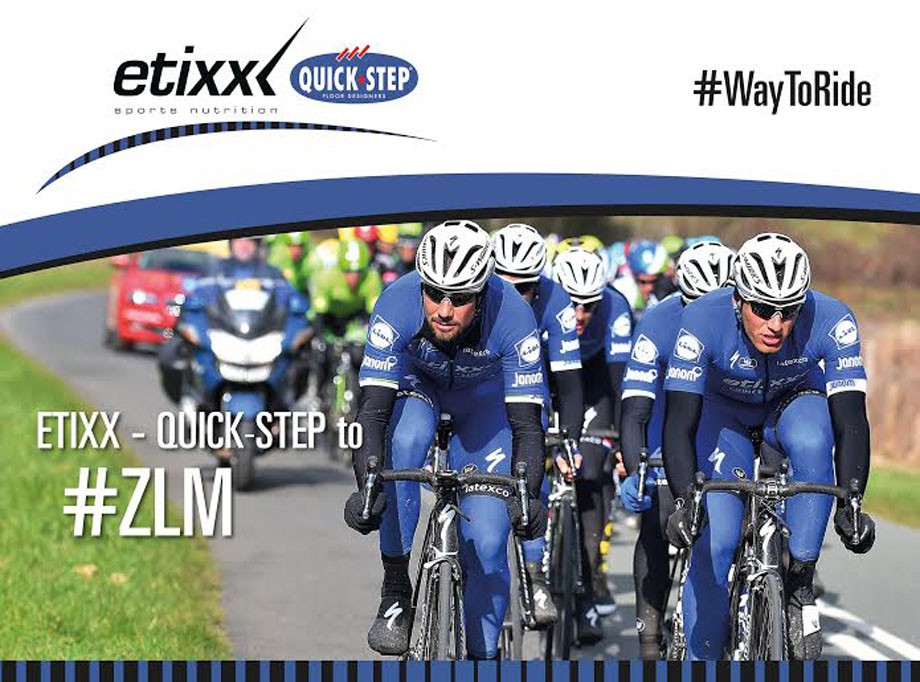