The Swiss race will take place between April 26th and May 1st.

After taking a short break following his fourth win – an all-time record – in Scheldeprijs, Marcel Kittel returns to competition next week, at the Tour de Romandie, an event he’s done only once before, in 2014, when he notched a podium in the prologue. The 27-year-old German, leader among World Tour riders in the 2016 victories standings with seven successes to his name, will look to tune-up his condition in the Swiss race, which celebrates its 70th edition and puts on the table a course that includes two uphill finishes and 19 kilometers of individual time trial.

Led from the car by sport directors Davide Bramati and Rik van Slycke, Etixx – Quick-Step will come to the start in La Chaux-de-Fonds with a solid squad, which will give the team several cards to play during the six-day stage race: Maxime Bouet (who rode Liège–Bastogne–Liège on Sunday), Luxembourg champion Bob Jungels – third in Tirreno-Adriatico earlier this year – neo-pro Davide Martinelli, Fabio Sabatini, Martin Velits, Carlos Verona and Lukasz Wisniowski.

“Many of our riders are coming here after a break, so we want to see what their level is and how they’ll cope with things now that they are returning to competition. It’s a tough race, with many climbs, and the weather could make it even more complicated. Of course, we will try to win a stage this week, but we’ll take each thing at a time and see how the race unfolds”, said sport director Davide Bramati. 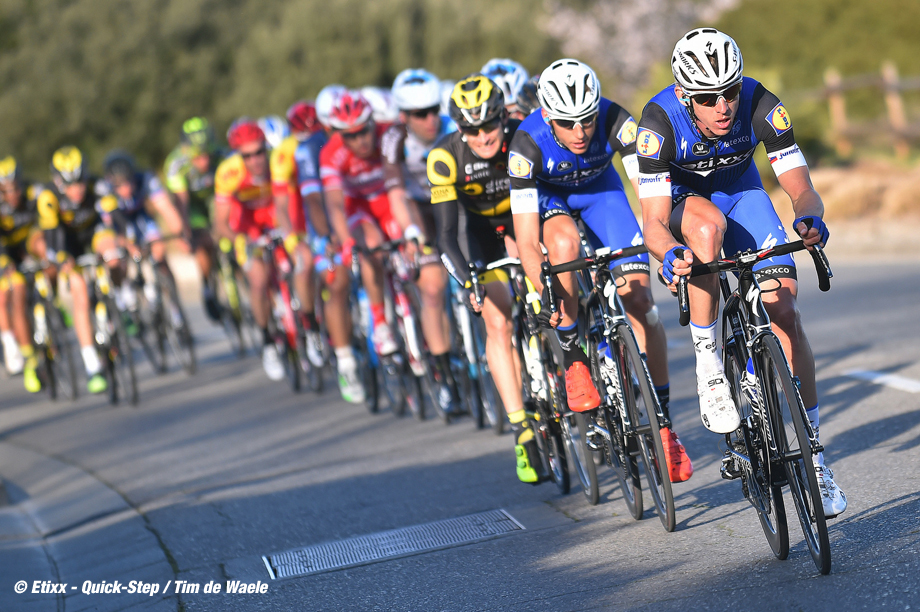