Team MTN-Qhubeka p/b Samsung will have riders at three different national championships in Europe this weekend. The first African-registered Professional Continental team will especially look to Germany, where Milan-San Remo winner Gerald Ciolek, Andreas Stauff and Martin Reimer will be at the start. Lithuanian Ignatas Konovalovas and Spaniard Sergio Pardilla will start as soloists in their homelands, while Italian Kristian Sbaragli will pass on the race.

“Kristian won’t start. The course is very difficult for a sprinter and he has earned a break after several very stressful weeks. Sergio, riding alone, will face some strong Spanish rivals, but he will go to the start of the difficult course motivated and he has nothing to lose,” said Jens Zemke. “And of course I am sure that all of our riders will do their best to honourably represent the colours of our African team. Our best chance for a title is with Ignatas in the Lithuanian time trial.”

Iganatas Konovalovas, who has won the time trial title numerous times, is very much looking forward to the national championships. The Lithuanian has been preparing for the “race against the clock” since the beginning of the week, as has German teammate Martin Reimer. Both have been training at home on their Trek time trial bikes.

“We are counting on Ignatas in the time trial. That is is his specialty and at the Bayern Rundfahrt he showed us what he can do, finishing tenth after coming back from an injury,” explained Zemke. “In Germany we wish Martin good luck in the time trial before things get really exciting in the road race. Many of the top German names from the big WorldTour teams will give the race an extremely high quality and deliver a hard-fought battle so soon before the Tour de France.

In the German road race, Martin Reimer, Gerald Ciolek and Andreas Stauff will go up against Tour de France riders Jens Voigt, Paul Martens, and Tony Martin, as well as Andre Greipel, Marcel Kittel and John Degenkolb. “Martin and Gerald have both already worn the champion’s jersey. They know what the title is worth and go into the race highly motivated, although it will be damn hard,” said Zemke, who led Martin Reimer to the title in the Cervelo jersey in his hometown of Cottbus in 2009.

Gerald Ciolek shocked the German cycling scene in 2005 when he won the national road title as a 19-year-old, the youngest rider ever to win the race. 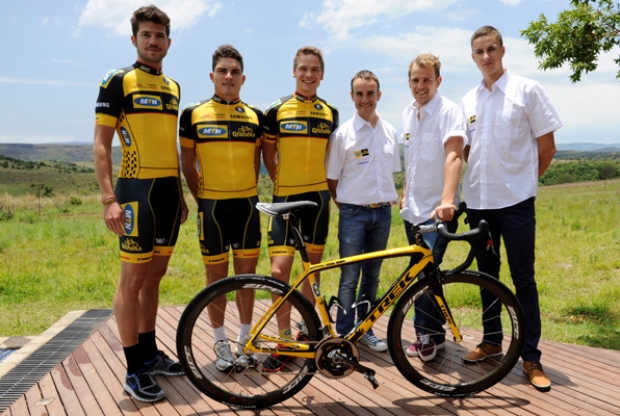