2011 Tour de France winner will be back on Trentino’s roads to prepare a new assault at the “maglia rosa”. After Team Sky’s Richie Porte an another Australian big name will be at the start of Giro del Trentino.

New year, old goals: after the last year’s experience, Cadel Evans will be back at the 38th Giro del Trentino (April 22th-25th). The Australian rider was able to reach, on these roads, the good shape allowing him to get on the 2013 Giro d’Italia podium.

Another Australian big name joins the event organized by GS Alto Garda, after Team Sky’s Richie Porte. The Evans, 37-year-old from Katherine, has won the 2009 Road World Championship at Mendrisio and the 2011 Tour de France yellow jersey in his carrier.

“Giro del Trentino is the perfect race to approach a Grand Tour like Giro d’Italia”, Evans explained. – “I kept good memories of last year’s experience as a very well-organized race, the roads are really nice and the scenery is beautiful. The route providing a mix of team time trial and top mountain finishes is all we need in view of the Giro”.

After an encouraging 2014 season start, with Tour Down Under 3rd stage victory and runner-up in the GC, Cadel Evans looks ahead with optimism, ready to play his cards once the going gets tough. “I’m fine I had an excellent feeling at the season’s start-up. I’m returning from two bad seasons where I didn’t pick up so many results. However, this first part of 2014 season represented a boost in confidence. I hope this trend to continue”, he said.

BMC Racing will back for the fifth consecutive year on the Trentino’s roads, after good results achieved in the last two years: the victory in the 2012 opening TTT Arco di Trento – Riva del Garda (same as this year opening stage) and Santaromita triumph last year in Condino.

In 2013, Giro del Trentino was Vincenzo Nibali’s launching pad towards Giro d’Italia overall win. “Last year, Nibali has dominated the Giro d’Italia after winning the Giro del Trentino. I know to perform well on these roads being the key to develop any ambition at the Giro”, Evans explained. – “However, I don’t think my countryman Richie Porte as the main opponent only, there will be plenty of strong riders at the start able to fight to the pink jersey”. 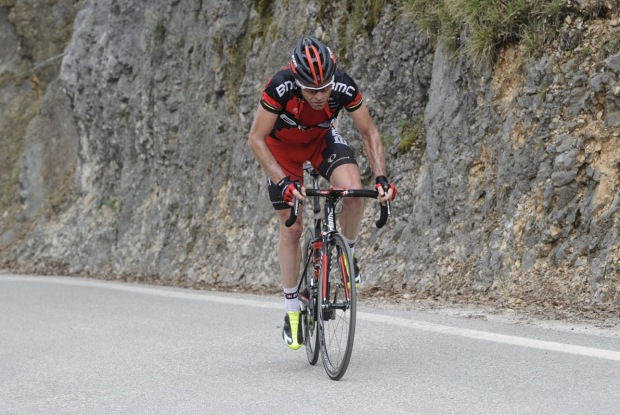