Profits from the sale of this book go directly to the Dave Rayner Fund. By buying this book you are helping to support the fund.

In 1987 Dave finished his first Milk race as the best under – 22 rider and was well on his way to becoming one of Britains leading professional cyclists.

In 1991, when the hugely popular Yorkshireman joined the powerful Buckler team, his career took off . Racing regularly in cycling’s biggest events, he looked set to become one of Britain’s cycling greats.

Tragically, in November 1994, just five weeks after getting married, Dave Rayner died following an assault in a Bradford nightclub. He was 27.

Everybody’s Friend is the story of Dave’s life and career, the astounding success of the Dave Rayner Fund and of the riders who have benefited from it, including Olympic champions, stars of cycling’s Grand Tours and One-Day Classics, and many who didn’t reach the top but made the most of their chance to do so.

The book can be bought at the Dave Rayner Fund web-site HERE. 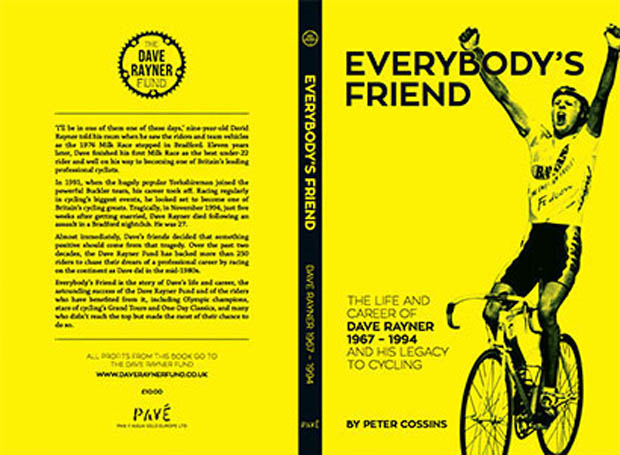