Taking place in the beautiful Romandy region of Switzerland, the Tour de Romandie is a six-day race that covers 712km through some stunning scenery. This year’s race – the 70th in its history – brings together Grand Tour hopefuls, eager to use the race either as preparation for the Tour de France, or to test their form for the Giro d’Italia. Starting on Tuesday with a prologue, Rafal Majka will lead Tinkoff in a race that sees him joined by some of the biggest names in cycling.

A relatively young race, which was introduced in 1947 to celebrate 50 years of Switzerland’s national cycling federation, the race is popular among Grand Tour riders owing to the varied terrain and the relative absence of sprint stages. The undulating profile means stage racers, climbers and all-rounders alike have a good chance to take stage wins.

Talking after a tough Liège-Bastogne-Liège which saw him hit the deck, Rafal commented: “Together with some of the other guys that are heading to the Giro I had a good few weeks training at altitude in Cyprus and now I hope that I can arrive at Romandie with some good shape before heading to Italy. It’s a race that I like and I hope to improve on my seventh place from last year.

“Unfortunately I suffered a bit from my crash on Sunday so this may complicate things slightly and we will see how it affects my form. I will see day by day how well I’ve recovered from both Cyprus and the crash but I will look to show myself and test my legs over the week, and to fine tune my form ahead of the first grand tour of the season. We have a strong team to both support me at this race and to take our opportunities where we can.”

Having improved steadily in the past two editions of the race, taking a top ten finish in last year’s GC, Rafal Majka comes to Romandy ready to race. After taking part in a training camp in advance of his ride in the Giro d’Italia, Rafal Majka comes to the Tour de Romandie eager to test his legs.

Ahead of the race, Sport Director, Patxi Villa looked forward to seeing how riders performed following the training camp. “Romandie will be an important race for the guys going to the Giro and for those that are coming to the race from the high altitude training camp in Cyprus. It will be a good indicator to everyone’s shape, with the team built around Rafal Majka, for whom it will be his last test before Italy.”

It was important to check the team’s form before the Giro, owing to the effects of training at altitude, as Villa explained. “After altitude training you can have some ups and downs so this won’t come as a surprise if it happens, but hopefully it won’t affect our hopes of a strong GC finish and of fighting for stage wins.”

The race had attracted a strong field, with some of the favourites for the Grand Tours scheduled to start the race on Tuesday in La Chaux de Fonds in northwest Switzerland, near the French border. Given the strong competition, Villa gave some insight into Rafal’s goals. “If you have a look at the start list there are some of the biggest names here, it’s a really strong field so we will see how things progress but I think we can definitely aim for a podium finish overall.”

Joining Rafa in Switzerland on Tuesday will be Manuele Boaro, Jesús Hernandez, Robert Kiserlovski, Pawel Poljanski, Ivan Rovny, Yuri Trofimov and Adam Blythe, who have all had strong starts to their season, working in support of both Peter Sagan in the Classics, and Alberto Contador in his early season successes. Villa felt the team had the strength required both to support Rafal in the GC race, but also to take some stage wins. “We have a strong team to support Rafal over the week, including Manuele Boaro who will look towards the time trials too. I’m looking forward to getting stuck in and racing for results here.”

Manuele Boaro comes to Romandie after training in Cyprus, and will have one eye on the time trials. Photo by Bettini Photo

Race Route
While not as steep or demanding as some of the season’s earlier stage races, the Tour de Romandie is still a race that will suit the climbers, all-rounders and stage race specialists. Each stage has an undulating profile, and even the first day’s prologue has a third category climb to negotiate over its 3.95km length.

Stage 1 is where the race starts proper, with a 169km route that takes in four categorised climbs. With a downhill towards the finish, this is a stage that the all-rounders will win, if the bunch manages to stay together over an undulating final 50km.

Stage 2 is one for the climbers, with the stage finishing on the first category Pas de Morgins and a maximum gradient of 9%, made all the more difficult by the second category Les Champs preceding it, leaving little time for recovery.

The mountain stages are punctuated by an Individual Time Trial – but even this 15.11km route has a climb that will make the stage less one for the outright time trial specialists. Villa looked to the time trials as a chance to fine-tune equipment and the riders ahead of the Giro d’Italia. “The time trials will also be a good opportunity to test the materials, the positions and the whole process ahead of the Giro.”

Stage 4 is the Queen Stage, and worthy of the name. With no fewer than three first category climbs throughout its 172.7km route, as well as two third category climbs, this stage. With its mountaintop finish, will be the stage where the race is either won or lost. In a circular finishing circuit, the stage will climb the Barboleusaz twice, finishing on its summit the second time round.

While stage 5 crosses two third category climbs and an undulating parcours, the 177.4km stage – the race’s longest – was almost certain to end in a bunch sprint – the long downhill towards the finish would give riders ample opportunity to chase and regroup, ready for the finish.

Of these stages, Villa was sure which would have the most impact on the GC standings. “Looking at the course, the key stages will be the two mountain top finishes and the time trial. In terms of the mountains stage 4 will be key and I think that Rafal is quite suited to the ascent so it will be interesting to see how he is going.” 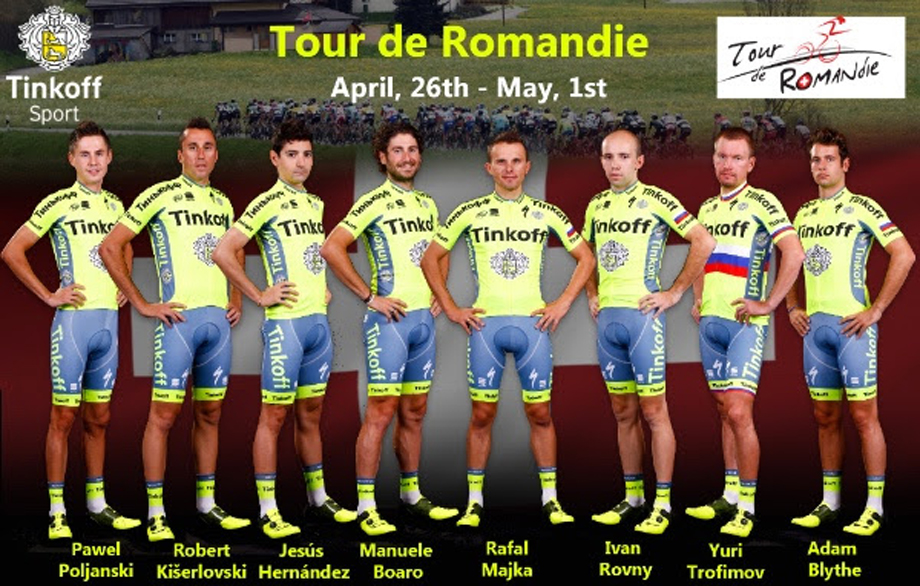