RusVelo riders Andrey Solomennikov and Roman Maikin finished first and second in the inaugural edition of Krasnodar-Anapa one-day race held in the South of Russia. A 178 km-long event saw a group of fifteen ride away around 35 km into the race on a coastal road open to gusts of side wind. Three RusVelo riders in it were up against three compatriots from Itera-Katusha and a whole of five Kolls BCD Ukrainians. The Ukrainian riders did their best to keep the chasing peloton at bay, confident in their team leader Vitaly Buts, highly successful in the sprints on these roads over the last couple of seasons. But numbers didn’t count so much as they expected, with Buts narrowly missing his chance and crossing the line close third.

“When Roma tried his leg in an intermediate sprint on km 95 and won it by a considerable margin, we saw our prospect in riding with this small group to the finish instead of trying to make a split. It was not as if everybody shared our intentions: some 25-30 km to go when the course got hillier, there were lots of attacks of those who wanted to ride away. With 7 km to the line Kolss BDC train started to set up the sprint for their leader. Basically I rode for Roman, attacked from Buts’ wheel, thought I did it too early but everything worked out the best way possible”.

“It was a hectic race all in all, and we had to change our tactics on the go. When the wind blows like that, you need quite a bit of luck on top of organized team efforts. We are sure that points race World champion Artur Erhov is capable of much more than just helping his teammates in a breakaway. But he’s just back from a high-altitude training camp and need to find his racing speed. Moreover, his luggage was lost in a connection airport and arrived just on the eve of the racing day. But I am happy with the guys’ overall performance like everyone else in my shoes”. 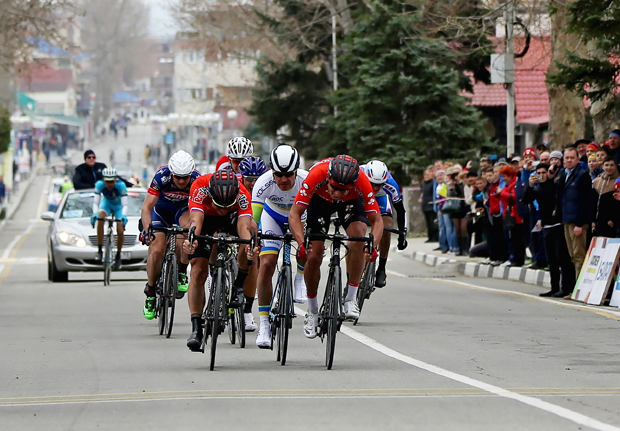 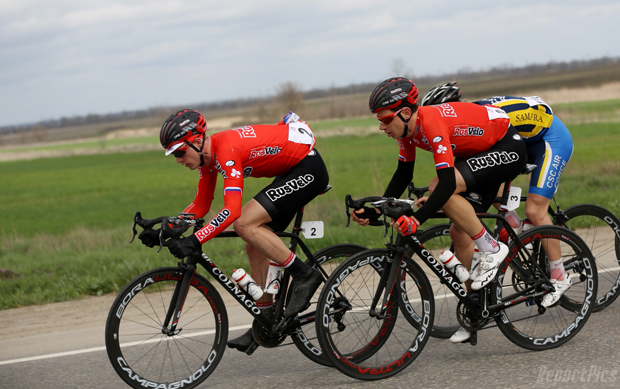 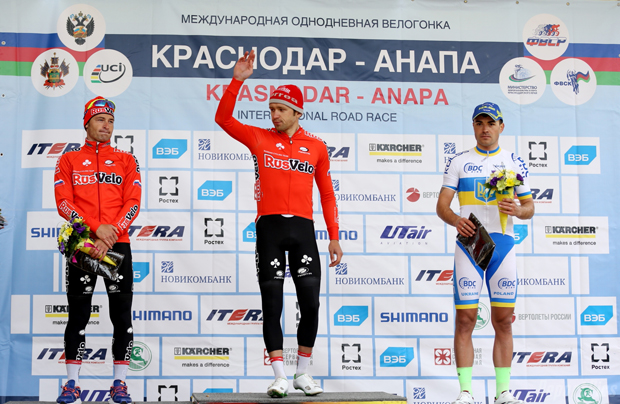