Intxausti, Visconti, Rojas and the Herrada brothers stay with the telephone squad after notable performances in 2013.

Intxausti, 27, has almost completed his most remarkable season since becoming a pro in 2007 via a brilliant Giro d’Italia, winning a stage and finishing 8th in the overall. The Basque will now try to crown a brilliant year in the Vuelta a España, looking forward to repeat his top-ten GC finish from 2012. Also at the start of the Spanish grandtour will be José Herrada (27). The older of the two men from La Mancha was one of the team’s sensations this year, consistent and regular in big races, while his younger brother Jesús (just turned 23) proved all expectations on him valid with a stunning victory in the Spanish road race championship in Bembibre, allowing him to wear the red and yellow bands until next June.

In turn, José Joaquín Rojas (29) has proven to be of the most polivalent, solid riders in the world scene after eight years as pro, while Visconti (30) bounced back in style from past misfortune with a superb Giro d’Italia, winning two of the most iconic stages in the last week of the ‘Corsa Rosa.’ 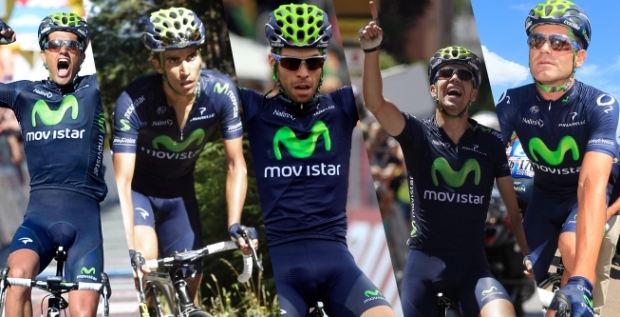