Foliforov first in the time trial on the Alpe di Siusi: a historic victory of Gazprom-RusVelo

Historic victory for the Gazprom-RusVelo in Giro d’Italia. Alexander Foliforov triumphs in the time trial of the Dolomites at Alpi di Siusi, the 15th stage of the Giro. On 10.8 kilometers of the stage began in Castelrotto, Foliforov rides in agility even on the most challenging stretches to 11% slope. The Russian rider finishes his race with the time of 28’39”, doing better by a few seconds than the pink jersey Steven Kruijswijk, second to the finish line.

Renat Khamidulin, general manager of Gazprom-RusVelo, can hardly contain his joy immediately after the conclusion of this stage: “I knew that sooner or later Foliforov and Firsanov would have proven their worth. The team was looking for its first win in Giro d’Italia and we all knew that we could have get it. It is a success that rewards these guys, our sponsors and our partner Ernesto Colnago. We had the honor of being invited to the Giro and with this success we have proven that we didn’t come here just for a ride, but for the top results. And now we’ve done it”.

Also Firsanov at the conclusion of the stage wrapped up the magnificent four, just after the Spanish Alejandro Valverde and 30″ of his teammate stage winner. 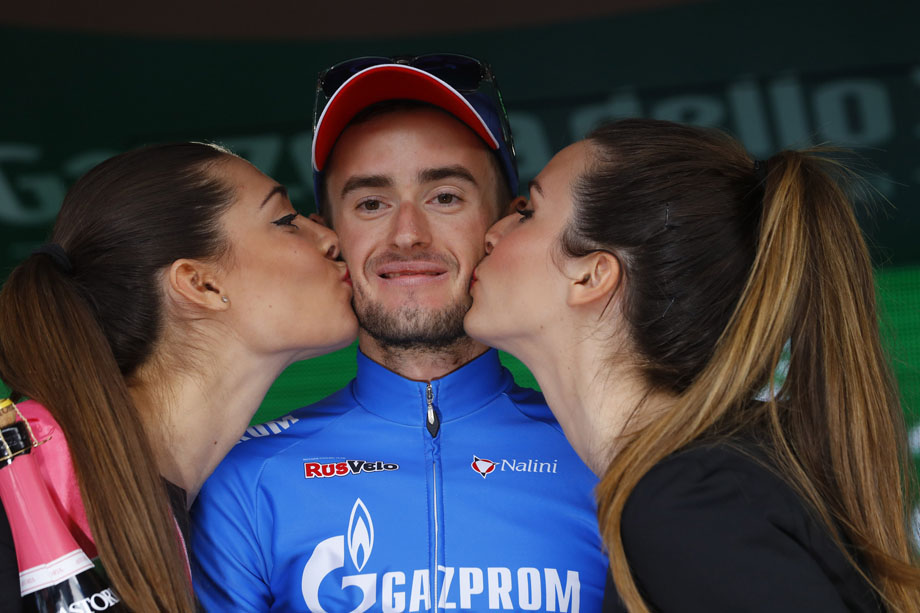 “This day gives us also a great confidence”, Khamidulin continues. “This win is obtained after the tough stage of yesterday from Alpago to Corvara. Undoubtedly, this victory gives us a lot of confidence in ourselves before the next stages. The real Giro d’Italia has just started and in the coming days everything could happen. Cycling is good also for this: there is always something to lose, but also something to conquer. And these emotions give us great strength”.

Who Alexander Foliforov is:
He was born in Kovrov, Russia, on March 8, 1992. High 180 cm to 61 kilograms, Foliforov is a fan of Russian music of the Nineties. His favorite sport is cycling, but it is also a big fan of video games and cinema. “The irony of fate” is his favorite movie, while for him nothing equals the pancakes in the kitchen, his favorite dish. 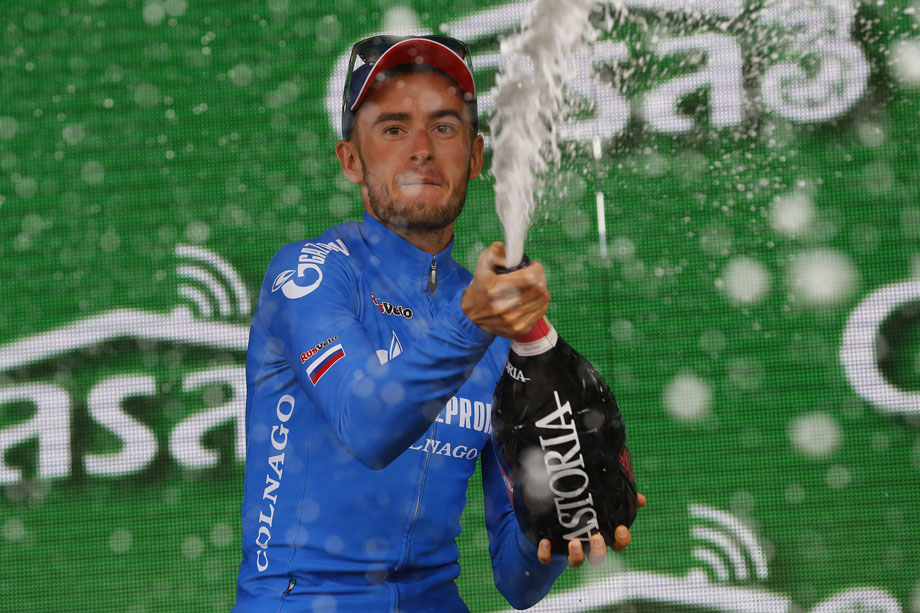