Drapac Professional Cycling will make its debut at the Larry H. Miller Tour of Utah August 4-10.

The Australian Professional Continental outfit is among 16 teams invited to contest the UCI 2.1 event and the sole representative from the Oceania region.

The squad will be made up of two previous stage winners at the Tour of Utah in Jai Crawford and Bernard Sulzberger, along with Robbie Hucker, Darren Lapthorne, Lachlan Norris, Adam Phelan and Wes Sulzberger. Last week, it was announced that 22-year-old Brendan Canty will join Drapac for the race as a stagiaire.

Having won the final stage in his last up appearance in Utah in 2009, Bernard Sulzberger said he was looking forward to his return.

“My main goal last time was just to get to the finish – a lot of sprinters didn’t make it to the end,” he explained. “It’s going to be great to go back.

“The fans get pretty ecstatic on the climbs and it’s a good atmosphere for racing.”

Drapac Director of Performance Keith Flory said that the squad would focus on strong stage performances before reassessing any General Classification objectives.

“This is not only an extremely competitive race with a fantastic field, but it’s held in extreme conditions – altitude, climbs and heat are all factors,” he explained.

The majority of the squad completed a Victorian-based training camp in the lead-up to the seven-stage event, while Crawford and Phelan both raced at the Tour de Qinghai Lake at altitude in China.

“The camp was focused on climbing and trying to address the relevant demands the guys will encounter in Utah,” said Flory. “Despite some pretty horrible weather, the guys got stuck in and really focused on the targets we set for the camp.”

Another of the squad with experience at the Tour of Utah, is Norris who last raced as a stagiaire in 2011. With two top 10 General Classification finishes to his name so far this season in Asia, the 27-year-old is looking forward to the challenge of North America.

“It’s a tough race, altitude, the climbing – big climbs and all the big teams are there,” Norris said. “We’re definitely going to be up for a really tough race.”

Norris believes that the entire squad’s preparation is second-to-none.

“With this race… we’ve all prepared probably better than any other race this season,” he explained. “So, personally I think I’m going really well and I’m looking forward to getting over there and definitely seeing what I’ve got against some of the bigger names in the sport. With the team we’ve got there’s a good chance that if it’s not me getting a big result, hopefully it’s someone else. We’ll have a good time there.” 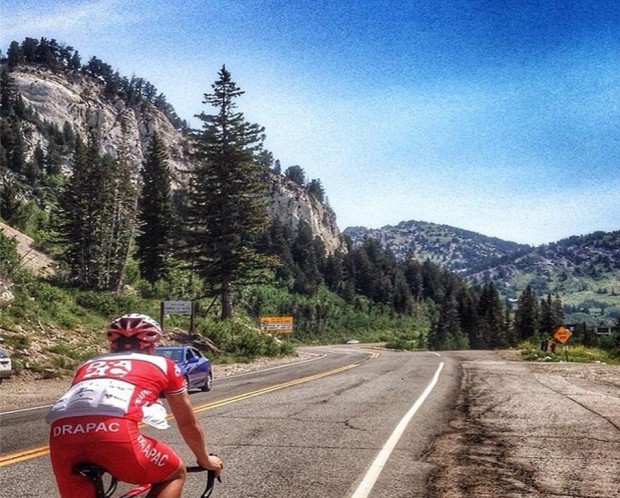