Edvald Boasson Hagen has been forced to abandon the Tour de France following a fractured right scapula on stage 12.

The Norwegian was caught up in a high-speed crash on the run into Tours on Thursday as the peloton prepared for the bunch sprint.

Despite remounting and riding to the finish, Boasson Hagen was visibly in pain and medical checks revealed the fracture and an end to his race.

The 26-year-old has been an invaluable member of the team on both flat terrain and the climbs and his abandonment reduces Team Sky’s Tour attack to just seven riders after Vasil Kiryienka missed the time cut on stage nine.

Team Doctor Alan Farrell confirmed the news, telling TeamSky.com: “After the crash Edvald was taken to a local medical centre for x-rays which revealed he had a fracture of his right scapula (shoulder blade).

“Fortunately this doesn’t require surgery but Edvald will return home to Norway for further investigation and treatment and we look forward to seeing him racing again sometime over the summer.”

Team Principal Sir Dave Brailsford added: “It’s a real shame for Edvald and a setback for the team that he’s been forced to abandon the race.

“It’s never nice to lose a rider of Edvald’s ability, but ultimately we’re still confident that with the riders we’ve got left we can pull together and see the race through.

“The plan doesn’t change and we will do everything we can to support Chris [Froome].”

Everyone at Team Sky wishes Edvald a speedy recovery and look forward to seeing him back on his bike soon. 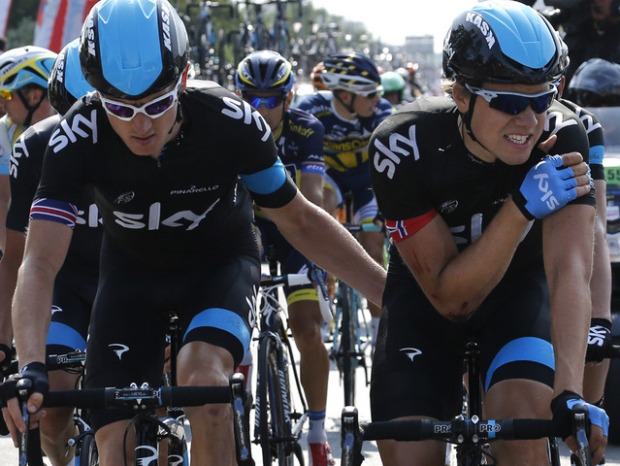 All the Colours of the Tour de Pologne